Turkey sends corpse of shot down pilot back to Russia: reports 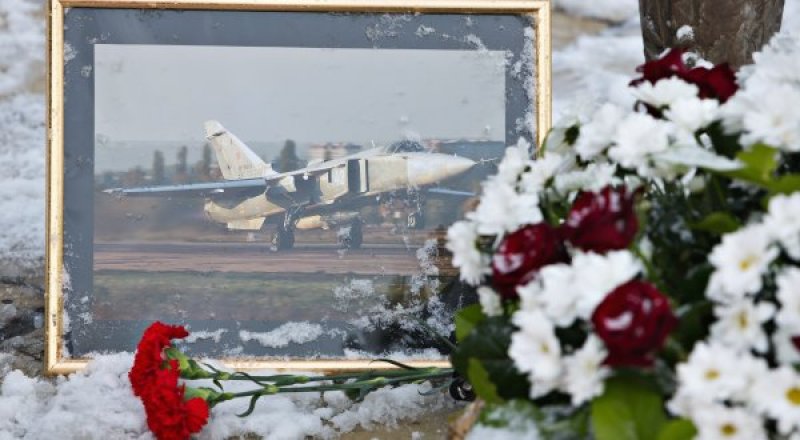 Flowers laid at the monument to pilots in the center of Lipetsk in memory of Lieutenant Colonel Oleg Peshkov of the Lipetsk Air Force Center, the commander of the downed bomber Su-24. ©RIA Novosti

Turkey on Monday sent back to Russia the corpse of a pilot killed when his plane was shot down by the Turkish air force for allegedly violating its air space on the Syrian border, reports said, AFP reports.

His body had at the weekend been taken from Syria to southern Turkey and then flown to Ankara.

Both pilots aboard the Su-24 war plane ejected and parachuted to the ground on the Syrian side of the border after being shot down by Turkish F-16s in the November 24 incident.

Peshkov was killed in circumstances that have yet to be fully explained while the second pilot, Konstantin Murakhtin, was rescued unharmed and has already spoken to Russian media.