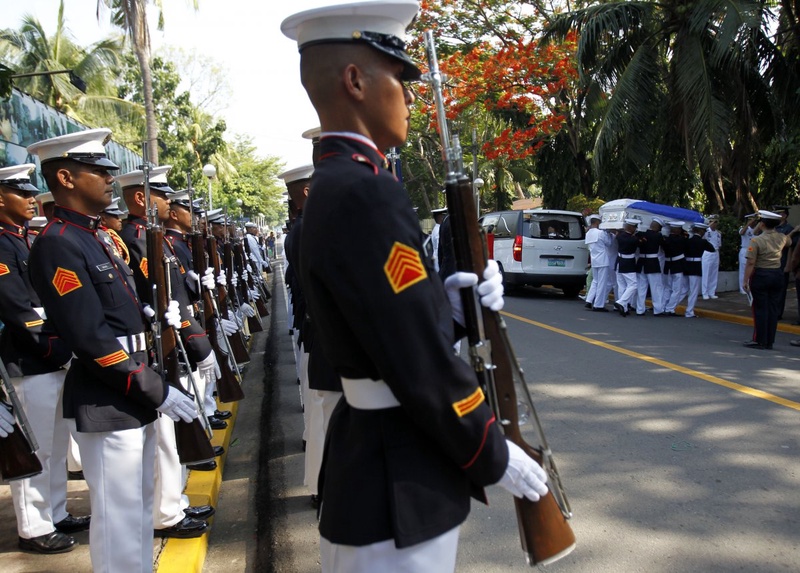 The Philippine military said Wednesday it had launched an air and ground assault against Islamic militants wanted for a spate of kidnappings, with 14 militants and one soldier killed in the clashes, AFP reports.

The fighting began on Tuesday after marines overran a camp of the Al-Qaeda-linked Abu Sayyaf group on the heavily forested island of Jolo, military spokespeople said.

"We have employed air support using MG-520 helicopters and (artillery) shelling, which resulted in large casualties on their side," said a spokesman for the marine unit engaged in the battle, Captain Ryan Lacuesta.

The military captured the Abu Sayyaf camp on Monday on the fringes of the small Muslim-populated town of Patikul, 950 kilometres (590 miles) south of Manila, a well-known stronghold of the group.

The camp had been used as a training ground for the Abu Sayyaf's new recruits and as a launching pad for its frequent kidnapping raids, said Captain Rowena Muyuela, spokeswoman for the military in the south.

The Abu Sayyaf, formed in the 1990s with seed money from Al-Qaeda mastermind Osama bin Laden, has been blamed for the worst terror attacks in Philippine history, including kidnappings of foreigners and locals who are then held for ransom.

The group is suspected of abducting a female Chinese tourist and a Filipina resort worker from the neighbouring Malaysian island of Sabah this month.

The Malaysian government said the kidnappers had demanded 36.4 million ringgit ($11.25 million) for the release of the Chinese woman.

But the whereabouts of the two women are not known and Muyuela said there were no signs of hostages at the Patikul camp.

A rotating batch of about 500 US special forces have been stationed in the south for more than a decade to train the Philippine military in how to combat the Abu Sayyaf.

The group is believed to have only a few hundred militants, according to the military.

But it has been able to remain a threat and replenish its numbers with the support of local Muslim communities, some members of whom feel they have been mistreated by the country's Catholic rulers in Manila.