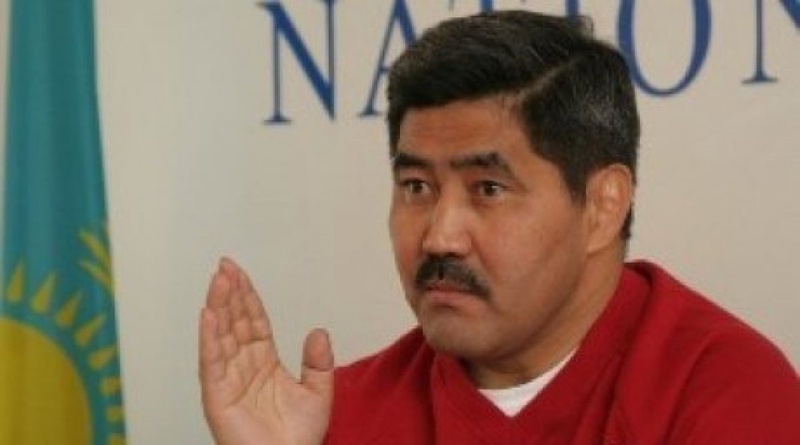 Tastanbek Yessentayev. Photo a courtesy of vesti.kz
Kazakhstan is determined to enter the Top 20 of the Winter Olympics in Sochi, Tengrinews reports citing Tastanbek Yessentayev, Chairman of the Kazakhstan Agency for Sports and Physical Education. “We plan to be in the 20th-23rd place in the overall team standing,” said Yessentayev at today's meeting with the Government. The Chairman is certain that the team will perform better than in Vancouver, though he has not specified how many medals they plan to win. The Olympic team has a goal of improving the results they showed at the Vancouver Olympics and to win at least two medals. “Sportsmen have a superstition (never to talk about winning beforehand). They always say: the ring will show or the mat will show. We have worthy athletes who will wholeheartedly compete for the medals,” the Chairman said explaining his reluctance to make forecasts. But speaking of chances, the Chairman marked the successful performance of Kazakhstan's ice skating ace Denis Ten at the World Championships in 2013 and said that both “men's and women's freestyle teams have good chances for a successful performance". The Winter Olympics in Sochi will feature 15 games: ice hockey, speed skating short track speed skating, figure skating, curling, ski jumping, Nordic combined, biathlon, skiing, alpine skiing, freestyle skiing, snowboarding, bobsleigh, skeleton and luge. "The Olympic team of Kazakhstan is able to compete in six sports - skiing, biathlon, freestyle mogul skiing, speed skating, figure skating and snowboarding," Yessentayev is quoted by Strategy2050.kz as saying. 17 highly qualified foreign experts - including ski waxers and sports medics - will be working with the Kazakhstan team during the Olympics. The 22nd Winter Olympics are scheduled for February 7-23, 2014.