Golovkin is the third post-Soviet country boxer after Vitaliy Klitchko and Oleg Maskayev to have a PPV fight.

Kazakhstan TV channel will be broadcasting the fight live in Kazakhstan.

The undefeated middleweight tweeted earlier: “Fans have been great. Get ready for October. I promise a big show”. 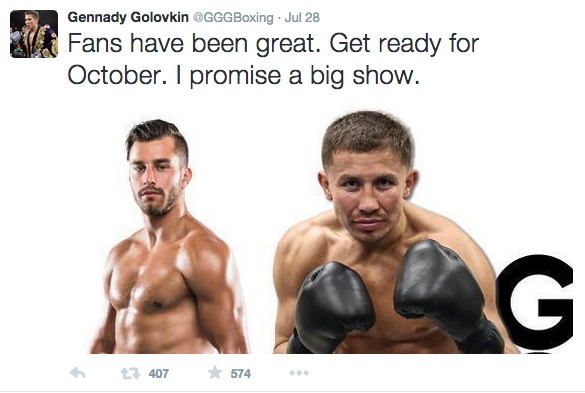 "Golovkin has a habit of hurting his opponents mentally before demolishing them physically, but I have the power and I know who I'm going to fight,” Lemieux said earlier.

Golovkin vs Lemieux fan made promos available below.