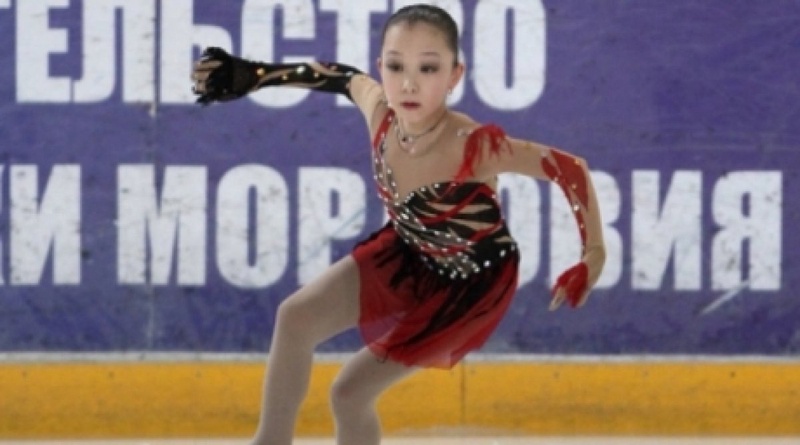 Photo courtesy of fskate.ru
A 13-y.o. figure skater Elizabet Tursynbayeva from Kazakhstan has won the second place at the ISU Junior Grand-Prix in Belarus, Vesti.kz reports. The Grand-Prix stage took place on September 25-28 in Minsk, Belarus. The figure skater was in the first place after the short program and then took the 3rd place in the free skating. She scored 150.83 points total and gained the silver medal of the stage. Polina Edmunds from the United States with 165.77 points won the gold medal. And Japanese Rika Hongo got the 3rd place. Elizabet Tursynbayeva, a Kazakhstan national, was born on February 14, 2000 in Moscow, Russia. Natalyay Dubinskaya and Alexsandr Shubin were her first coaches. Tursynbayeva won the Championship of Kazakhstan in 2012. Brian Orser and choreographer Tracy Wilson are coaching the Kazakhstan figure skater. She is going to take part in the next stage of the Grand-Prix in October in Estonia.