Almaty marathon will start with moment of silence for Boston victims26 апреля 2013, 15:25 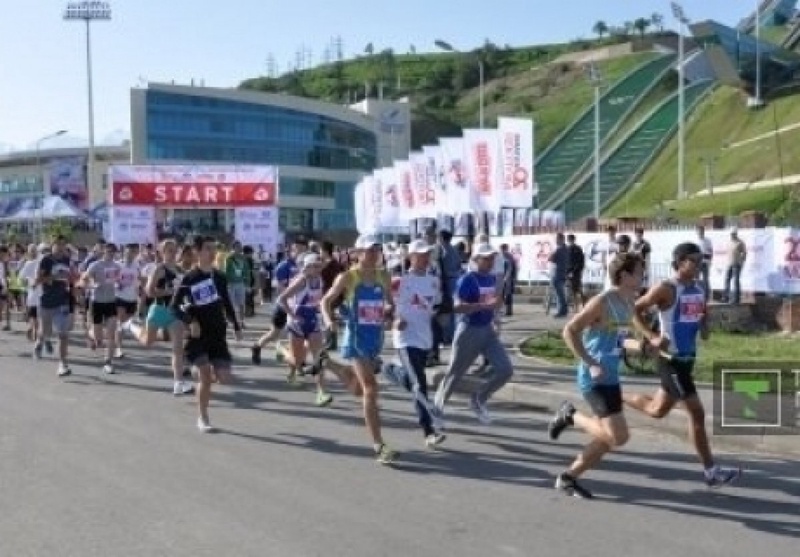 ©Tengrinews.kz/Vladimir Prokopenko
Participants of the Second Almaty Charitable Marathon will support citizens of Boston, where a terrorist act was committed at the finish line of the Marathon on April 15,
Continuation
1.
Routes of 2nd Almaty Charitable Marathon
2.
More than 5000 Almaty citizens take part in Marathon
3.
Free Marathon trainings in Almaty: share goodness and run for charity
Tengrinews.kz reports referring to the city’s Akimat (municipal authorities) press-service. The Marathon will start on April 28 at 8:00 a.m. and the participants will observe a minute of silence for victims of the attack. “We are strongly convinced that sport should unite people all over the world and call for peace and tolerance. We’d like to announce that we are mourning the victims of the attack with their families and we’d like to run our Marathon as a manifestation of solidarity with Boston,” Saltanat Kazybayeva, chairman of the Marathon’s steering committee said. The organizers appealed to Almaty citizens calling them to support the residents of Boston, following the example of London, New-York and many other cities, where Running for Boston Marathons have been held. Courage to be First Marathon in Almaty will have four distances. About 5000 people will take part in the Marathon, including famous athletes, culture, show-business and business persons among them. Akim of Almaty Akhmetzhan Yessimov will also run the Marathon, same as last year. Special focus will be given to security of the event. About 500 policemen will watch the whole distance of the Marathon. Start and finish sites will be thoroughly checked before and during the event. Surveillance cameras will be installed along the whole distance of the marathon. “We are asking Almaty citizens not to be afraid of taking part in the Marathon. Everybody is welcome to participate or come to cheer for the runners. We’d like to declare it: “We can not be intimidated, we support peace and sport,” Kazybayeva said.