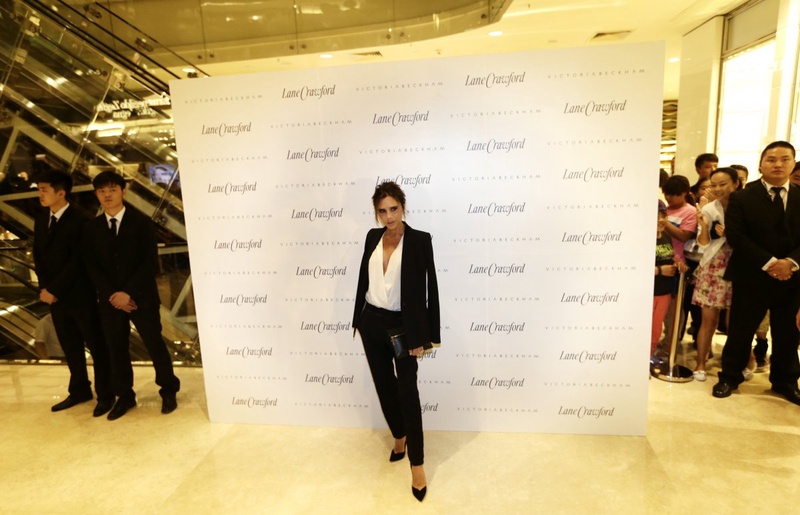 Victoria Beckham. ©REUTERS/Jason Lee
Victoria Beckham, the one-time pop star who is now one of the most courted designers at the upcoming New York Fashion Week, says she has even bigger plans for her eponymous brand, AFP reports. "I want to get bigger and bigger," the former Spice Girl told the New York Times ahead of the unveiling of her spring-summer 2014 collection during fashion week, which begins on September 5. "I absolutely want an empire." Beckham, who was once only famous for her stint as Posh Spice and as the wife of footballer David Beckham, has come into her own since her first runway show in New York in 2008 took the fashion world by surprise. Beckham told the magazine that she designs clothes she would want to wear herself, from chic, ultra-flattering dresses to her current fall line of masculine-influenced coats and body-skimming skirts and trousers. She has also branched out into sunglasses, handbags and denim, and her main Victoria Beckham label is expanding rapidly in Asia. Beckham has also created a new, more-affordable diffusion line, Victoria, which is more casual and colorful to appeal to a younger market. "I want to reach as many women throughout the world as I can," she said. "There are more categories that I want to enter into. I have five categories at the moment. But at some point I would love to do shoes, I would love to do fragrance, I would love to do makeup, I would like to do underwear. There are so many things I want to do." The 39-year-old mother of four, who recently moved back to London from Los Angeles, said that she misses the climate, openness and work ethic in the city. "I am very career minded, and I think my personality is more suited to America," she said. "I am a working mum."
Malians pick new president in crucial run-off