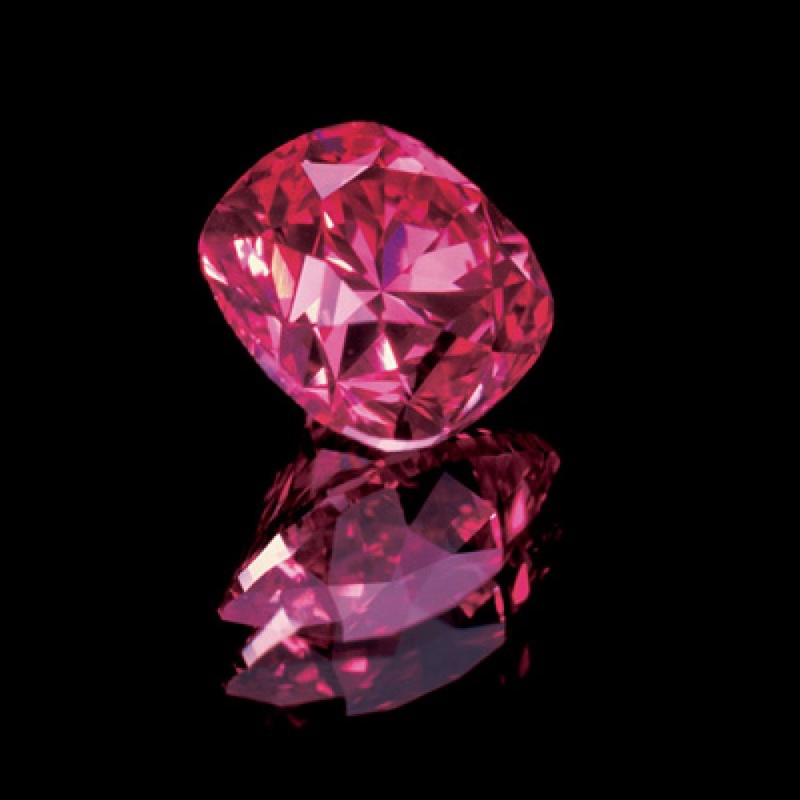 Photo courtesy of wixonjewelers.blogspot.com
A 34.64-carat pink diamond has sold at auction in New York for nearly $40 million, setting a new record for Christie's auction house, AFP reports. Dubbed the "Princie Diamond," the gem is "one of the largest and finest pink diamonds in the world," with a "fabulous provenance," Christie's jewelry chief Francois Curiel said ahead of the sale. An anonymous telephone bidder paid $39,323,750, or more than $1 million per carat, for the stone from ancient diamond mines in southern India, the auction house said in a statement Tuesday. The pink gem was once owned by the royal family of Hyderabad and, since 1960, by the London branch of Van Cleef & Arpels. The exclusive jewelry firm originally paid 46,000 pounds for it, equivalent to $1.3 million today, Christie's said, indicating a hefty profit after Tuesday's sale. All told, bidders paid more than $80 million for the jewels at the New York auction, including just under $4.5 million for a 30.32 carat rectangular cut D color diamond and $3.3 million for a Harry Winston diamond ring. Previously, the most paid at Christie's for a diamond was $24.3 million, for the 31-carat Wittelsbach diamond in 2008.