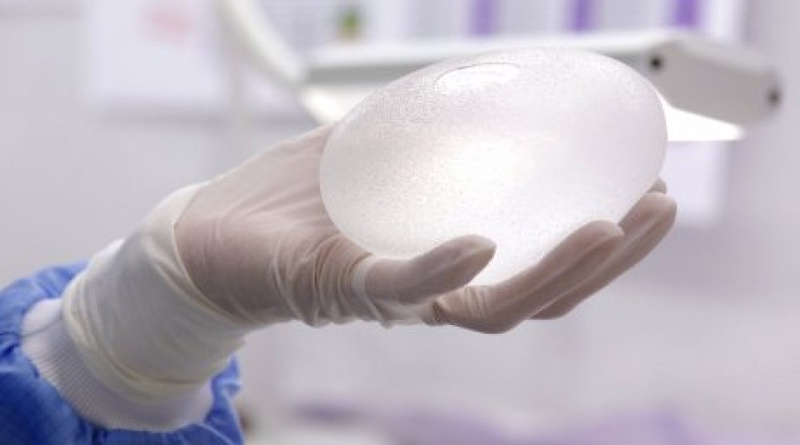 Breast implant. ©REUTERS
Kazakhstan scientists have developed an implantation material for treatment of urological diseases and use in plastic surgery, Gregory Mun, project manager and professor of the Department of Chemistry and Technologies of Organic Substances, Neutral Compounds and Polymers of Al-Farabi Kazakh State University told Tengrinews.kz. According to the scientist, the new hydrogel materials will become an alternative to complicated surgeries, as it can be injected. The professor said that around 30 percent of children's urological diseases are related to a so-called vesicoureteral reflux. It is traditionally treated through a traumatic abdominal surgery that can have a range of complications. Modern medical technologies and a complex of physical-chemical features of the new hydrogel allow to inject it into the required area without making any cuts. Mammoplasty, i.e. correction of breast form, is another area of use of polymer hydrogel. "The silicone gel was introduced in the global medical practice around 20 years ago. It turned out later that it could have many negative complications, especially if a woman is even lightly prone to cancer. The whole world is currently looking for an alternative to silicone. I think that our gel, inert even for children, will make a good showing in plastic surgery as well," Mun said. Another type of hydrogel developed under Mun's management may be used for production of medicine-containing dressings. According to the scientist, the laboratory is currently working on gel dressings with addition of silver nanoparticles that will give them antibacterial properties, herb-based medicines and anesthetic substances. Kazakhstan hydrogel has successfully passed a range of clinical tests. As for its feasibility, it is ten times cheaper than its foreign equivalents. For example, the injection of French hydrogel for treatment of vesicoureteral reflux costs around $500. According to Mun, this invention has a huge social effect in children urology. At the same time, gel dressings and implants for mammoplasty are commercial projects. The scientist believes that the industrial production of Kazakhstan-made hydrogel will start in 2014-2015. By Dmitriy Khegai