Golden Princess burial, oldest of its kind in Kazakhstan 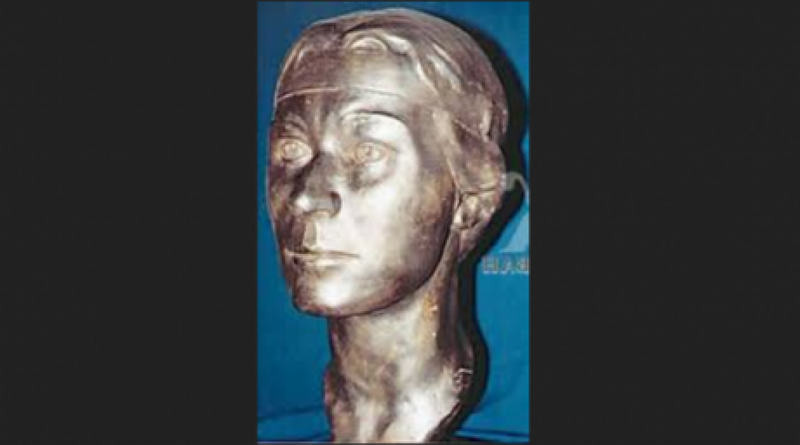 Portrait of the Golden Princess as recreated by scientists. Photo courtesy of tarih-begalinka.kz

An ancient burial containing remains of a noble woman was discovered in Terekty district in Western Kazakhstan Oblast two years ago. It has been declared the oldest "golden" burial at the territory of Kazakhstan, Tengrinews reports citing Uralsk Week. The head of the department of culture, archives and documentation of Western Kazakhstan Oblast Aidar Batyrkhanov made the announcement last week.

The scientists are talking about the "golden series" because a 4-3 century BC mound containing a skeleton, warrior's equipment and assorted funerary goods, including 4,000 golden fragments, was found in south-eastern Kazakhstan in 1969. The richness of the burial items led the skeleton to be dubbed the Golden Man.

"The regional center of history and archeology has done a lot of work studying and restoring the remains of the Golden Woman and of the artifacts found along with the bones in the mound called Taksay-1 in 2012. After a series of laboratory studies, we have established that the burial is dated back to the 6-5 century BC and is the oldest of the "golden" burials found in Kazakhstan," Batyrkhanov said.

Prominent scientists and research centers of Japan, Germany and Russia were involved in studying the archeological finding along with their Kazakh colleagues.

Archeologists from Western Kazakhstan discovered the skeleton of a 35-40-year-old woman two years ago. All sorts of gold and silver vessels, makeup kits, remnants of richly decorated headdress and many pieces of golden jewelry were found next to her remains. The hem of the woman’s dress and her shoes were decorated with beads of gold. The noble woman was covered with a blanket embroidered with golden plaques. There were more than 500 different golden fragments in the burial mound and this gave it the name of the Golden Woman or Golden Princess.

A wooden comb with pictures of battles scenes from the war of the Saks against the Persians was one of the artifacts of special importance found in the burial. Saks are considered to be the ancestors of the Kazakhs, so the finding is of both archeological and historical significance.

The burial mound was made around a wooden structure that caved in back in the ancient days. At some point tomb robbers attempted to raid the burial, but fortunately, they failed to reach the burial chamber itself.

The Golden Woman is one of the most astonishing archeological findings of the recent years. It sheds some light on the wealth and power of the ancient Scythians [Saks].

After all the restoration works are completed the Golden Princess will be presented at the National Museum in Astana. A sculpture has already been made along the parameters of the woman and the exposition is being readied. The finishing design work is underway.

There are also plans to create an open-air museum at the archeological site that is located a mere 20 km from Uralsk city.