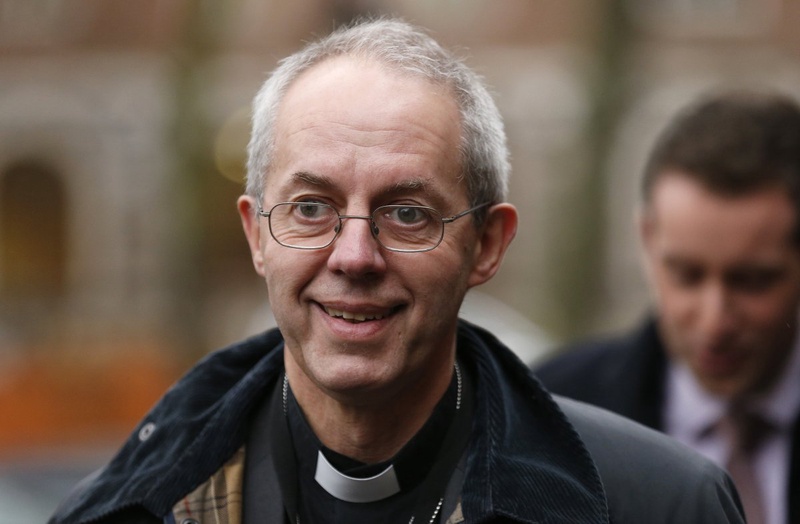 Justin Welby. ©REUTERS
The incoming leader of the world's Anglicans said his application to become the Archbishop of Canterbury was "a joke" and he was "just a very, very ordinary Christian", AFP reports. Justin Welby, the Bishop of Durham, told an audience at the Trent Vineyard church near Nottingham in central England, that he thought it would be "absurd" to appoint him to the job, having only been a bishop for seven months at the time of application. He said he had been told to apply for the post as spiritual head of the state Church of England as he was the bishop of one of the top five dioceses. "I wrote a statement saying, well, if I was archbishop of Canterbury I'd do this, this, this and this," he said during the interview. "The final paragraph said, I've enjoyed writing this, I hope you've enjoyed reading it but frankly it's a joke. "Because it is self-evident that it is perfectly absurd to consider appointing someone to Canterbury who's been a bishop for seven months. I shall be praying for you to make the right choice." He added: "I know I will disappoint a lot of people in this job. The thing about the Church is that we are so human... I’m just a very, very ordinary Christian." The interview, conducted Sunday, was posted on the church's website. On Wednesday, Welby moved into Lambeth Palace, the Archbishop of Canterbury's seat in London. He will take over as archbishop at a legal ceremony -- the confirmation of election -- in London's St Paul's Cathedral on Monday. Welby replaces Rowan Williams, who retired in December. He will be enthroned as the 105th archbishop of Canterbury in the southeastern city's cathedral on March 21. The Church of England, which separated from the Roman Catholic Church in 1534, claims that more than 40 percent of people in England regard themselves as members. It is the mother church of 85 million Anglicans worldwide.