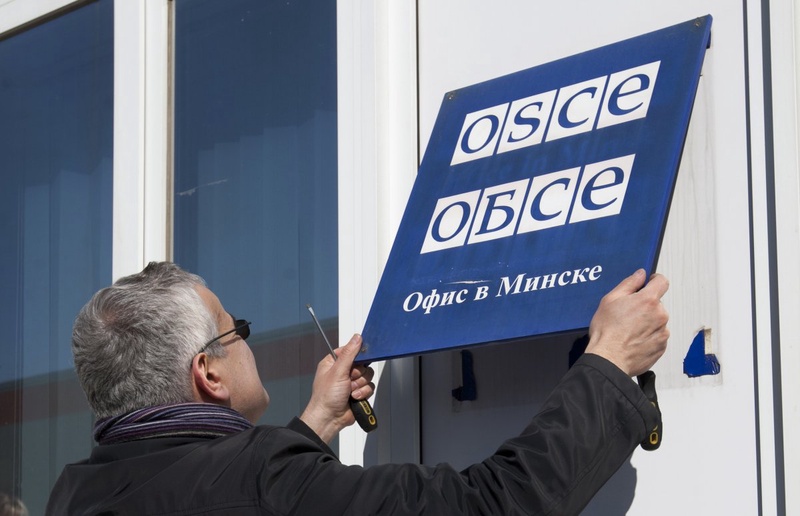 ©REUTERS
The southern US state of Texas has warned it could prosecute election observers from the OSCE, a global body that regularly monitors voting around the world, if they try to visit polling stations next month, AFP reports. In a letter to the election-monitoring head at the Organization for Security and Cooperation in Europe (OSCE), Texas attorney general Greg Abbott said the group's views on the November 6 US elections were "legally irrelevant." And he warned that OSCE observers, deployed for White House and other election races in two weeks' time, will not be allowed to come wthin 100 feet of a polling station in the famously no-nonsense state. Writing to ambassador Daan Everts, head of the OSCE's Office for Democratic Institutions and Human Rights (ODIHR), he said the European diplomat had "reportedly" met in April with groups challenging Texas electoral law. One of those groups, Project Vote, "is closely affiliated with ACORN, which collapsed in disgrace after its role in a widespread voter-registration fraud scheme was uncovered," he said in the letter, posted on his office's website. He cited a letter suggesting that the OSCE has "identified Voter ID laws as a barrier to the right to vote." "The OSCE may be entitled to its opinions about Voter ID laws, but your opinion is legally irrelevant in the United States, where the Supreme Court has already determined that Voter ID laws are constitutional." He added: "If OSCE members want to learn more about our election processes so they can improve their own democratic systems, we welcome the opportunity to discuss the measures Texas has implemented" to protect electoral integrity. But he pointed out that "groups and individuals from outside the United States are not allowed to influence or interfere with the election process in Texas." "The OSCE's representatives are not authorized by Texas law to enter a polling place. It may be a criminal offense for OSCE's representatives to maintain a presence within 100 feet of a polling place's entrance. "Failure to comply with these requirements could subject the OSCE's representatives to criminal prosecution for violating state law," he said. The Vienna-based OSCE regularly monitors elections in its member states, many in the former Soviet bloc, some of which have struggled to meet international standards as fledgling democracies over the last two decades. It also sends observers to the United States, as a key member of the organization. The OSCE notably raised questions about the 2000 presidential election won eventually by George W. Bush, but only after prolonged legal and administrative wrangling which ended in the Supreme Court.