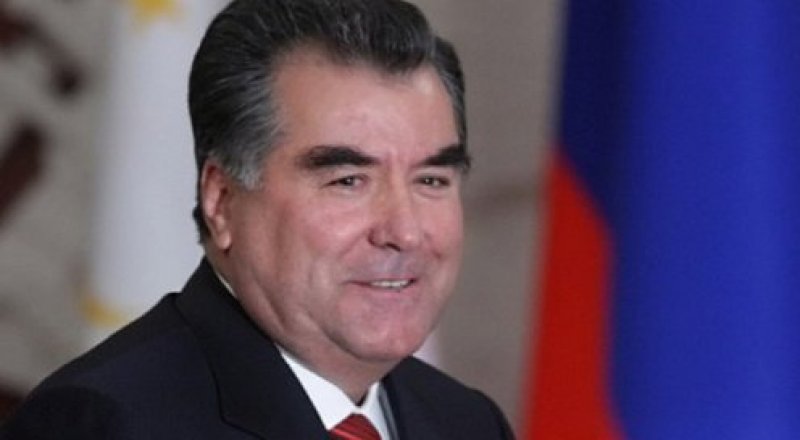 Tajikistan's parliament on Wednesday unanimously voted to grant President Emomali Rakhmon the title 'Leader of the Nation' for life, reinforcing his blossoming personality cult in the ex-Soviet state, AFP reports.

The honorary title guarantees 63-year-old Rakhmon legal immunity for life and calls for the foundation of a museum and library dedicated to his legacy.

Other authoritarian leaders in the region have assumed similar titles amid a fanfare of praise from lawmakers and tightly controlled state media.

"The words and deeds of Emomali Rakhmon occupy an important place in our hearts," said Shukurdzhon Zukhurov, speaker of the lower house, at Wednesday's session.

Zukhurov said Rakhmon's main achievement during 23 years in power was "the restoration of peace and stability" after a bloody five-year civil war that ended in 1997.

Even mild opposition to the Rakhmon regime is not tolerated as economic and social tensions mount in the impoverished Central Asian country of 8 million.

Critics have accused authorities of an excessive crackdown on Islamic practices in the Muslim majority but secular state as the government has raised the alarm over hundreds of citizens joining the Islamic State group in Iraq and Syria.

The country declared the moderate Islamic Renaissance Party of Tajikistan a terrorist group in September, claiming it was linked to violent clashes between government forces and rebels led by a former defence minister.

Rakhmon won a seven-year term in a one-sided election in 2013 and is eligible to serve another term after that following constitutional reforms.

The former collective farm boss came to power in 1992, shortly after the outbreak of a bloody civil war that pitted pro-government forces against a coalition of democratic, regional and Islamist factions.

Rakhmon's new title mirrors that of the 75-year-old president of oil-producing Kazakhstan, Nursultan Nazarbayev, who was given the lifelong title of "Leader of the nation" in 2010.

Gas-rich Turkmenistan's Gurbanguly Berdymukhamedov is called "the Protector" by state media in his isolated country.

Tajikistan is the poorest of the five Central Asian countries that emerged from the Soviet Union, sharing borders with war-torn Afghanistan to its south and China to the east.