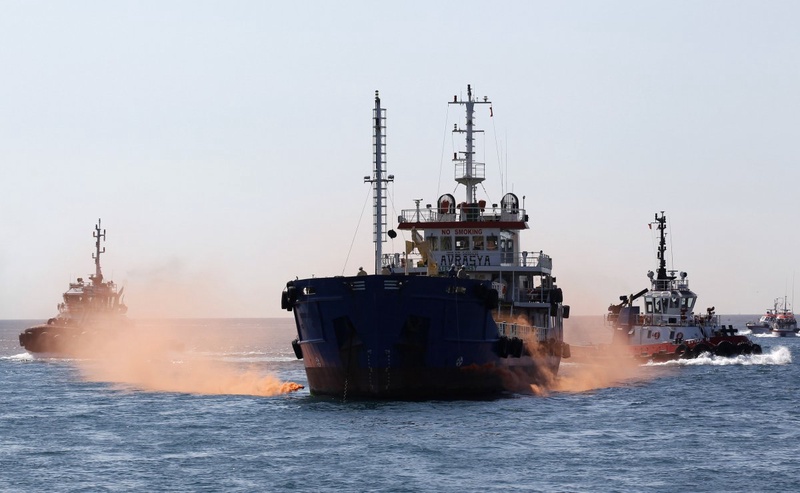 Oil tanker. ©REUTERS/Murad Sezer
Seoul is considering an offer by Tehran to send crude on Iranian tankers to South Korea, officials said Friday, as a way to circumvent EU sanctions and resume imports of oil from Iran, AFP reports. South Korea has been hit hard by the EU measures against Iran, imposed in the form of a ban on the provision of insurance cover for tankers carrying Iranian oil. South Korea, which bought 9.4 percent of its crude from Iran last year, or about 87.2 million barrels, stopped importing Iranian oil from July 1 because it could no longer guarantee tanker insurance. A spokeswoman for South Korea's foreign ministry said Tehran's offer was "one of the possible options". "The government is still discussing the offer with local oil refineries and Iranian authorities," she told AFP. The Chosun Ilbo daily quoted an unidentified high-ranking official as saying that Seoul had reached a "tentative decision" to accept the proposal. Under the deal, Iran would provide insurance cover worth up to $1 billion for the tankers, the newspaper said. An official at the Ministry of Knowledge Economy told AFP that Seoul was still considering ways to resume Iranian oil imports. A group of South Korean government and oil industry officials travelled last week to Tehran to discuss the offer, the foreign ministry said, and Seoul had reportedly informed Washington of its decision to resume Iranian oil imports. Last month, South Korea was granted exemption from a US ban on financial transactions with institutions from countries buying Iranian crude. The exemption was reportedly given on condition that it reduces Iranian oil imports by more than 10 percent on last year's figures. Iran is South Korea's third-largest trade market in the Middle East. Exports to Iran rose 32 percent in 2011 from a year earlier to $6.07 billion. They were worth $2.9 billion in the first five months of this year, a 40 percent rise from a year earlier.