Nuclear weapons do not guarantee security: Kazakhstan to Iran25 февраля 2013, 19:40 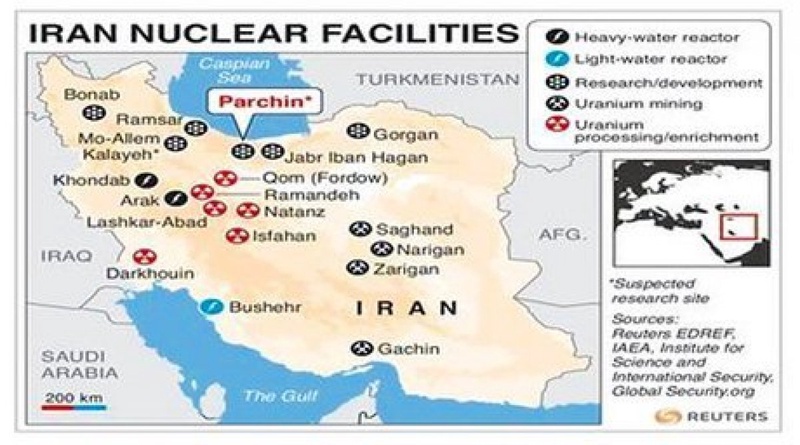 Map of Iran's nuclear facilities. ©REUTERS
Kazakhstan is calling Iran to develop nuclear energy and remember that nuclear weapons can never become an absolute guarantee of a country’s security, Tengrinews.kz reports. Deputy Director of Nazarbayev Center Roman Vassilenko made this statement before the new round of talks on the Iranian nuclear program. The meeting of 5+1 international negotiators will be held in Almaty on February 26-27. Vassilenko emphasized that Kazakhstan was the talks' host-country, not their participant. But the country has a point of view on the nuclear security: “For many years and from all platforms and forums our President has been maintaining that Kazakhstan's experience of voluntary abandonment of nuclear weapons, closure of the testing site and choice of the nuclear-weapons-free path helped it succeed as an independent state, win international recognition and attract huge volumes of investments totaling 160 billion; it shows how much more efficient a country's peaceful development in cooperation with other countries can be, when sustainable socioeconomic and sociopolitical development are elevated above owning of nuclear weapons. "This position is a constant for us, we stand by it at all the platforms,” the deputy director of Nazarbayev Center said. But being a major producer of uranium ore, Kazakhstan supports development of peaceful nuclear energy in strict compliance with all the IAEA requirements, such as openness and transparency of the energy programs, Vassilenko continued. “We hope that the negotiators note our experience, not only Iran, but also the other countries that will be sitting on the other side of the table. We hope the talks are successful, since stabilization of the situation in a large region depends on them. Iran is our neighbor across the Caspian Sea; we have dynamically developing trade and economic relations and a high-level political dialog that is maintained on a regular basis,” Vassilenko said. “Kazakhstan’s key argument in favor of disarmament is that we have seen the horrors borne by nuclear weapons. The tests at Semipalatinsk Nuclear Site served only to strengthen the confidence of our President and our people that nuclear weapons can never become an absolute guarantee of any country’s security,” he declared. By Dmitriy Khegai