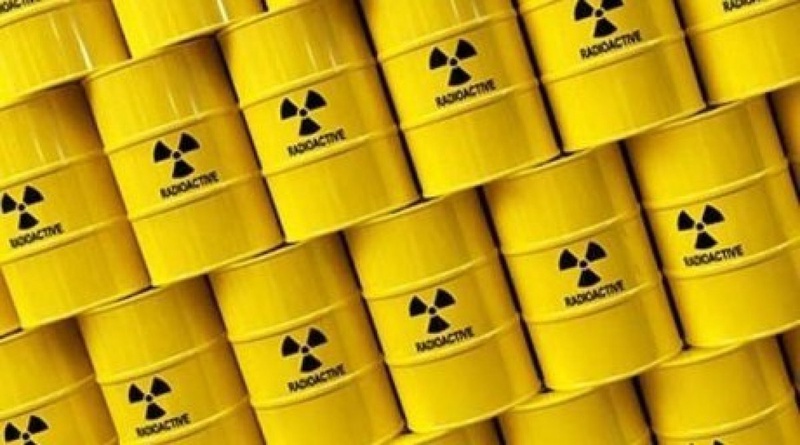 Photo courtesy of altaynews.kz
The negotiations on Kazakhstan's bid to host the international bank of low-enriched uranium are nearing their final stage, Tengrinews reports citing the press-service of the Foreign Affairs Ministry of Kazakhstan.
Continuation
1.
Kazakhstan to establish low-enriched uranium bank
2.
Low-enriched uranium to start accumulating in IAEA bank in Kazakhstan by 2017
"Kazakhstan is going to be hosting the International bank of low-enriched uranium of the IAEA (International Atomic Energy Agency) and the negotiations of the Country Agreement on the bank's placement are nearing their end. We believe that development of a comprehensive approach to nuclear fuel, including creation of guaranteed reserves of nuclear fuel, will contribute to promotion of peaceful use of nuclear energy," says the Ministry's message timed to the 20th anniversary of Kazakhstan joining to the Non-Proliferation Treaty (NPT). Kazakhstan plans to take an active part in the upcoming Nuclear Security Summit (NSS), to be held in Hague on March 24-25, 2014. Kazakhstan supports the idea of starting the negotiation process and soonest development of the Fissile Materials Cutoff Treaty that will become an important step towards nuclear disarmament and non-proliferation. The Fissile Material Cutoff Treaty (FMCT) is a proposed international treaty to prohibit the further production of fissile material for nuclear weapons or other explosive devices. The treaty has not been negotiated and its terms remain to be defined. According to a proposal by the United States, fissile material includes high-enriched uranium and plutonium. According to a proposal by Russia, fissile material would be limited to weapons-grade uranium and plutonium. Neither proposal would prohibit the production of fissile material for non-weapons purposes, including use in civil or naval nuclear reactors. Besides, Kazakhstan is ready to take the responsibility and promote nuclear disarmament and non-propitiation within the framework of the UN Security Council if UN member-states vest Kazakhstan with their high trust and elect it as a non-permanent member of the UN Security Council for 2017-2018. Earlier, Yerlan Idrissov, Foreign Minister of Kazakhstan, assured Kazakhstan senators that the planned placement of the international nuclear fuel bank in Kazakhstan posed no environmental risks. It is planned to store about 60 tons of fuel in the bank. And the Minister assured that it would be low-enreached uranium, not nuclear wastes. “The international uranium market is unstable; the problems are indirectly related tote nuclear issues of Iran and North Korea. They are concerned that fuel for civil power plants may be running low at times. Hence the idea of an international fuel bank under the aegis of the IAEA. Such bank would enable countries to purchase uranium for their power plants at reasonable prices with no political obstacles”, the Minister explained.