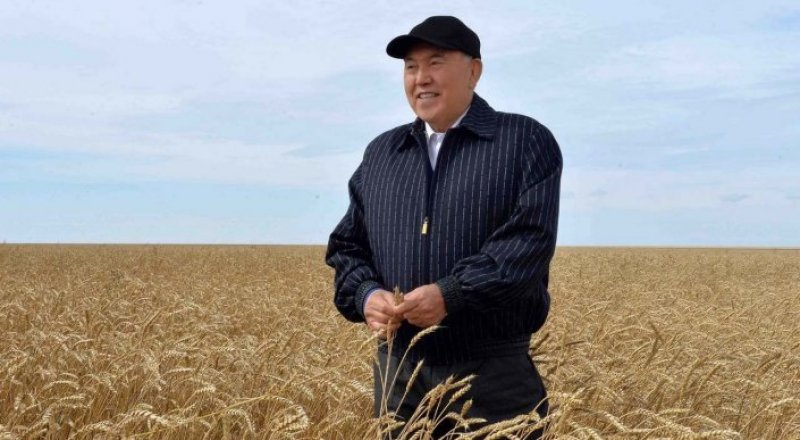 As he laid flowers recently at the grave of Uzbek strongman Islam Karimov, neighbouring Kazakhstan's President Nursultan Nazarbayev could have been forgiven an extra pause for thought, AFP reports.

After Uzbekistan's veteran leader was buried this month, 76-year-old Nazarbayev is now the last surviving Soviet-era leader to still be in charge of one of the countries that emerged from the USSR.

Appointed in 1989 by Communist Party boss Mikhail Gorbachev to run Kazakhstan when it was still controlled by Moscow, authoritarian Nazarbayev has clung on since independence to dominate the energy-rich nation for some 27 years.

And while he may still appear healthy, the demise of Karimov across the border at 78 could not but help sharpen focus on what will happen when the Kazakh leader leaves the stage too.

"He must have drawn some conclusions at a personal level," Luca Anceschi, a Central Asia expert at the University of Glasgow, told AFP.

"They were practically the same age. This is the nature of mortality."

Nazarbayev does not give others much opportunity to gain public recognition in his homeland. He dominates the news broadcasts and is officially known by the title "Father of the Nation."

The leader has given few hints about any potential heirs, meaning that the chief question facing Kazakhstan is who could eventually take over from him.

Karimov, who brutally crushed all dissent during his nearly three decades in charge, had no clear successor when a stroke laid him low, and his death appeared to briefly paralyse Uzbekistan's ruling elite.

But while the transition in Uzbekistan seems to be passing off without a hitch, some analysts say that with its vast oil wealth Kazakhstan could pose its own problems.

"Succession in Kazakhstan differs from Uzbekistan. The Kazakh economy is much more developed," said Kate Mallinson of the London-based GPW consultancy.

"There are a significantly larger number of vested interests that could be threatened from any change of leadership."

With no designated successor in sight, most attention has focused on Nazarbayev's daughter Dariga, 53, who is now a senator after rising up the ranks in recent years.

But a recent shake-up in the face of an economic crisis sparked by the drop in oil prices saw her lose her post as deputy prime minister and left observers struggling to read the tea leaves about her future prospects.

"There are certain doubts that Dariga Nazarbayeva has the capacities or experience needed to run the country," political expert Daniyar Ashimbayev told AFP.

"Most probably she was moved to the senate to shield her from criticism of the government during this ongoing economic crisis."

While the elite in Kazakhstan may be jostling for position, many ordinary people in the country still appear as attached as ever to the only president the country has known since independence.

At the top of the Bayterek observation tower overlooking the futuristic capital Astana -- which Nazarbayev has transformed from a Soviet backwater -- visitors queue up to make wishes as they touch an imprint of the leader's hand.

"Our president is a politician on the world stage. They respect him everywhere," said Gulmira, 45, who teaches at a secondary school named after Nazarbayev in the provincial town of Kokshetau.

"Most importantly, our country has a future. We have raised a generation of children who are great patriots."