Kirchner to be godmother of lesbian couple's daughter 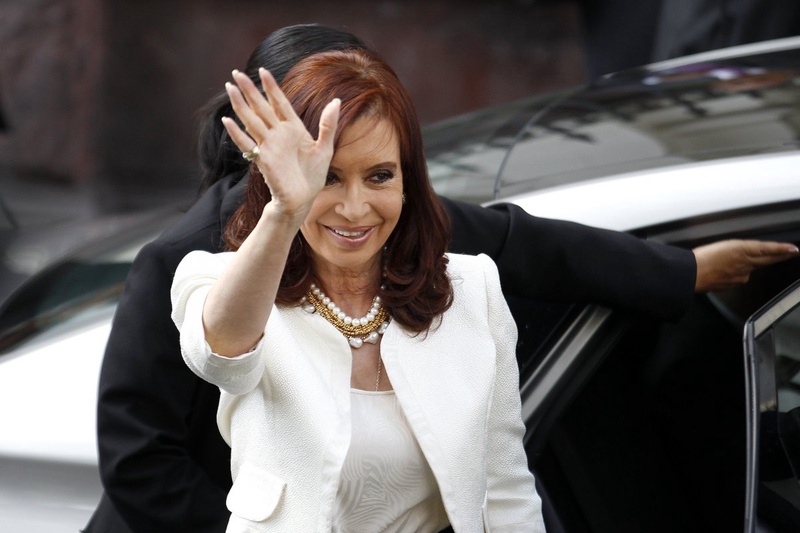 Argentina's President Cristina Kirchner has agreed to be godmother to the baby daughter of a lesbian couple, one of the mothers told AFP.

The couple said they asked the president -- a mother of two herself -- over Facebook.

"Cristina has agreed to be godmother. What a great gesture! I hope she can come to the (baptism) ceremony and does not send a representative. It's a dream come true for us," Karina Villaroel said from Cordoba, 700 kilometers (450 miles) north of Buenos Aires.

The office for the center-leftist president, who pushed same-sex marriage legislation which was approved in 2010, has not confirmed if Kirchner will attend the baptism -- believed to be the first time that a child of an Argentine lesbian couple has been baptized.

"We come from Catholic families but do not go to church often ourselves," said Villaroel. "We want to baptize her and then the baby can decide what she wants to do, and follow her own heart."

About 75 percent of Argentines are Roman Catholic.

Argentine-born Pope Francis opposed same-sex marriage when he was archbishop of Buenos Aires. But at the time he criticized clergy for not baptizing the children of single mothers and gay people.