Kazakhstan’s President calls not to discriminate in terms of languages 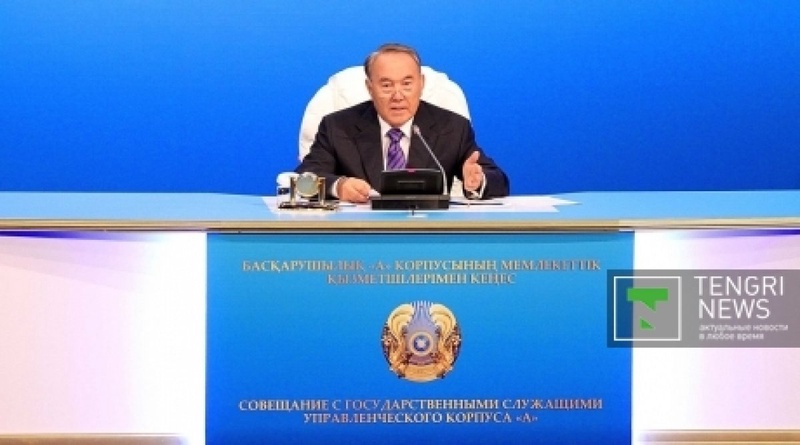 President of Kazakhstan Nursultan Nazarbayev. ©Marat Abilov
Kazakhstan’s President Nursultan Nazarbayev demanded A Block public officials avoid discriminating against people in terms of languages,
Continuation
1.
Kazakhstan President calls people to learn English and eye Chinese and Russian for future
Tengrinews reports. “The areas where the population is predominantly Kazakh, speaking mainly Kazakh is OK. In such oblasts as Atyrau, Mangistau, Kyzylorda, South Kazakhstan, Zhambyl, Almaty, West Kazakhstan, Aktyubinsk everyone speaks Kazakh. In some areas in the center of the country the population is mainly Russian-speaking; let them speak Russian freely and arrange synchronized translation. Printed media should also provide translations. People shouldn’t be discriminated against in terms of languages”, President said when meeting A block public officials. According to Head of State, such a fair approach is inherent to the Kazakh nation. “Respect for the neighbors and their opinion and cherished dreams is inherent in us. (…) Development and spread of Kazakh language should be gradual. The task is to arrange language courses so that people could master the everyday language”, Head of State emphasized. “By 2020-2050 when the today’s children are grown up, they will enter universities to be taught in their native language (Kazakh) and start their public service career (…) then it will be prudent to demand a certain language competency (…) We should be fully aware that the Kazakh nation was at the edge of losing the language and now people are trying to restore the language. Only Kazakhstan out of the entire post-Soviet space was able to maintain a culture of multiple languages. Ukraine, Caucasus republics and even our neighbors in Central Asia only speak their native language. We are taking the right position: it’s not our citizens’ fault that they do not speak their native language. Adult people are not capable of mastering the language overnight. We should be understanding”, President said.