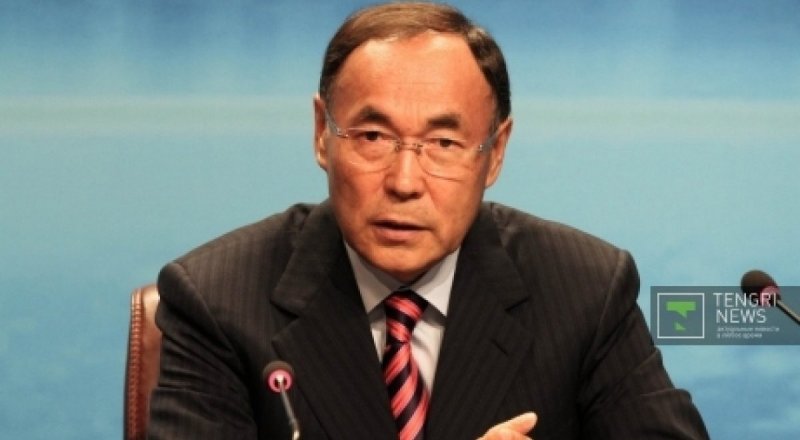 Kazakhstan's former State Secretary and Minister of Foreign Affairs Kanat Saudabayev has become a member of the Majilis, the lower Chamber of the Kazakh Parliament, Tengrinews reports citing the press office of the Central Election Commission.

“Under the country’s constitutional law On Elections in the Republic of Kazakhstan, the Central Election Commission issued a decree granting the mandate of the Majilis Deputy of the Kazakhstan Parliament to the member of Nur Otan party (Kazakhstan's ruling party) Kanat Saudabayev," the statement said.

Born in Almaty Oblast in 1946, Kanat Saudabayev graduated from the Leningrad State Institute of Culture named after Nadezhda Krupskaia and the Academy of Social Sciences in Moscow. He also holds PhDs in Political Science and Philosophy from the Kazakh State University and the Moscow State University.

His most recent position was as the head of Multifunctional Scientific-Analytical and Humanitarian-Educational Public Institution "Nazarbayev Center" in 2012-2013.

In addition, on August 26, Kazakhstan's President Nursultan Nazarbayev signed a decree appointing Chairman of the Supreme Judicial Council of Kazakhstan Rashid Tussupbekov as a member of the Senate, the upper chamber of Kazakhstan's Parliament, under the Constitutional Law of Kazakhstan “On the Parliament of the Republic of Kazakhstan and Status of Its Deputies”. He was relieved from his previous position on the same day.

Tussupbekov was born in 1955 in Shymkent in southern Kazakhstan. He is a graduate of Karaganda State University majoring in law.

Throughout his career, he served as Chairman of Karaganda Regional Court, head of the Committee on Judicial Administration under the Supreme Court of Kazakhstan, the country's Attorney General, Minister of Justice and Chairman of Kazakhstan's Agency on Fight against Economic and Corruption Crimes.