Kazakhstan and Chinese Presidents launch construction of terminal in Lianyungang 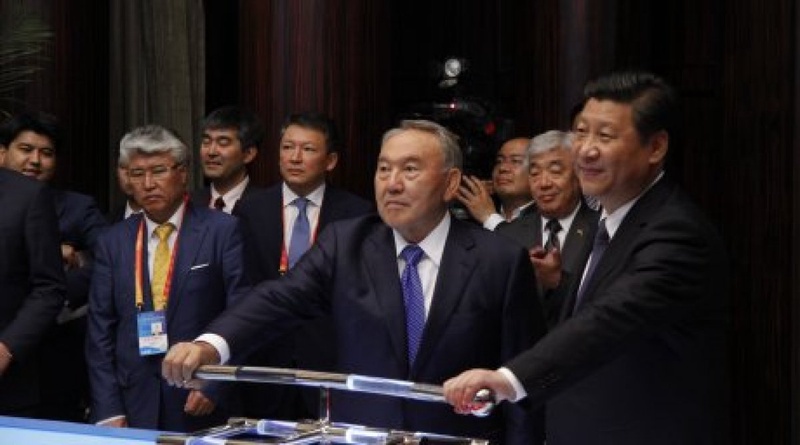 Kazakhstan’s President Nursultan Nazarbayev and Chinese President Xi Jinping have launched construction of a Kazakhstan’s terminal at the Lianyungang seaport, a Tengrinews.kz journalist reports from Shanghai.

Lianyungang is among the world’s 25 major seaports and boasts developed transport infrastructure. The area to accommodate the Kazakhstan’s terminal makes up 21.6 hectares. The terminal will enable Kazakhstan to get an access to the Pacific Region, reducing the transportation route 3.5 times as compared to the on-land routes.

By the end of 2015 the volume of export and transit cargoes is expected to reach 250 000 twenty-foot equivalent units, with the figure to be further doubled in the following five years. The project is estimated at $99.3 million.