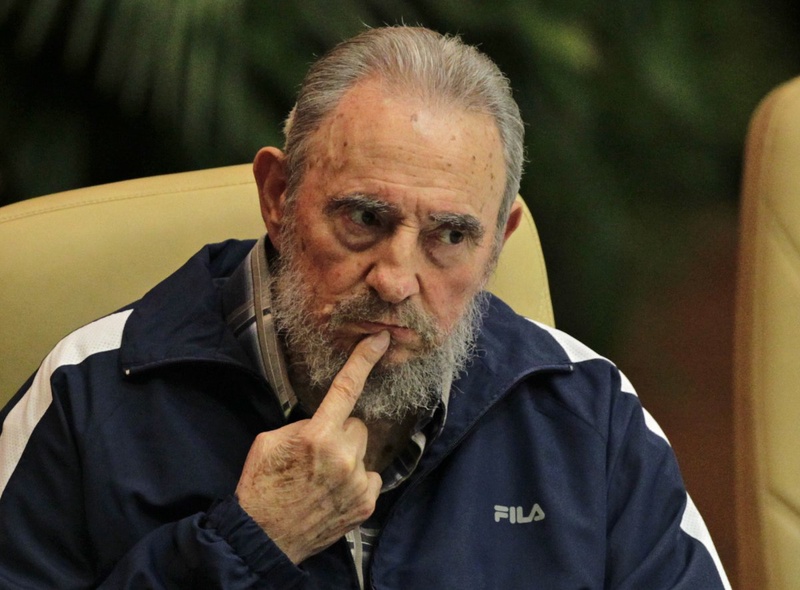 Fidel Castro. ©REUTERS
Cuban revolutionary leader Fidel Castro has reappeared in public, meeting at a Havana hotel with a Venezuelan politician -- quashing swirling rumors that the former leader was on his death bed, AFP reports. Castro -- who led Communist Cuba for almost five decades before illness sidelined him -- "is very well," Venezuela's former vice president Elias Jaua said Sunday after meeting the bearded revolutionary icon. The 86 year-old Castro "is very well, very lucid," Jaua, a loyal supporter of leftist Venezuelan President Hugo Chavez, whose government keeps the cash-strapped Cuban regime afloat with cut-rate oil and aid -- told reporters. After the five-hour meeting Saturday, Castro accompanied Jaua back to the posh Hotel Nacional, where the visitor was staying, and then posed wearing a straw farmer's hat for pictures with hotel staff. "We are going to have Fidel with us for a long time," said hotel manager Antonio Martinez, who posed with Castro for a picture, in which Jaua also flashes a broad smile. Martinez said the former Cuban president was accompanied by his wife Dalia Soto del Valle during the visit to the hotel. Jaua, who is currently a candidate for Miranda state governor for Venezuela's ruling party, said he spoke with Castro about agriculture, history and international politics. Castro, who rose to power after the 1959 revolution, ceded the presidency to his younger brother Raul, 81, in July 2006 for health reasons. Castro had not been seen in public since March 28, when Pope Benedict XVI paid a landmark visit to Cuba, and again briefly the following week on April 5 with Chilean student leader Camila Vallejo. That fueled rumors his health had worsened, that he was dead or on his death bed -- particularly since Castro also had not published one of his usually frequent editorials in official state media since June 19. In the past five years since falling ill after serious intestinal surgery, Castro has penned about 400 editorials as well as books about the revolution, and welcomed a few international leaders in private events. Last week, he sent a letter of congratulations to medical school graduates which was picked up in state media, but he did not appear in public at the time. With rumors about Castro's health rife abroad, one of his sons, photographer Alex Castro, said last week at an exhibit in Guantanamo of pictures he took of his father after 2010 that Castro "was in good shape, doing his daily activities, exercising, reading and taking care of himself." The re-election of Chavez, 58, in Venezuela this month likely brought huge sighs of relief in Havana. For now, it can continue to count on Caracas' critical economic support, as Cuba presses its quest for its own oil to fund the Americas' only Communist regime in the future. Meanwhile, President Raul Castro, sporting his general's uniform, was out early Sunday at a polling station to cast his ballot in one-party municipal elections, state TV showed. Fidel Castro cast his vote by absentee ballot, as those with physical ailments are allowed to do.