Egypt vote could be 'road to total chaos': ElBaradei 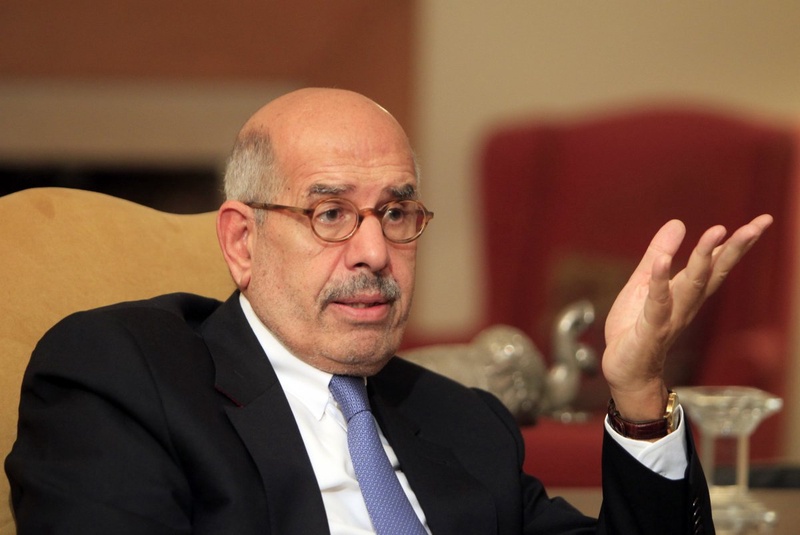 Opposition leader Mohamed ElBaradei. ©REUTERS/Mohamed Abd El Ghany
Egyptian opposition leader Mohamed ElBaradei warned of chaos in the troubled nation if parliamentary polls go ahead in April, as protesters demonstrated in Cairo against Islamist President Mohamed Morsi, AFP reports. ElBaradei, a leading figure in the National Salvation Front (NSF) coalition, told the BBC that torture, abductions and a lack of social justice were still blighting Egyptian society. To press ahead in those circumstances risked setting the country on a "road to total chaos and instability," he added. "We need to send a message loud and clear to the people here and outside of Egypt that this is not a democracy, that we have not participated in an uprising two years ago to end up with a recycling of the (Hosni) Mubarak regime." On Saturday he called for an election boycott in the nation, which has been deeply divided since a November decree that pushed through an Islamist-drafted constitution. "Called for parliamentary election boycott in 2010 to expose sham democracy. Today I repeat my call, will not be part of an act of deception," he posted on his Twitter account. The elections are due to begin on April 22. In Cairo on Sunday, protesters blocked the doors to the main administrative building as part of a growing campaign of civil disobedience around the country against Morsi. They closed the doors of the Mugamma, a huge labyrinth of bureaucratic offices on the edge of Tahrir Square, leaving only a side exit for workers to leave, employees told AFP. "This is a call for civil disobedience.... We want the implementation of the goals of the revolution such as social justice as well as a delay of parliamentary elections," one of the protesters told AFP, declining to give his name. "We must break the monopoly of the state by Brotherhood," he said of the Islamist movement from which Morsi hails. On one side of Egypt's divide are Morsi's Islamist supporters; on the other a wide-ranging opposition that accuses the president of betraying the uprising that brought him to office and consolidating power in the hands of his Muslim Brotherhood. Outside the Mugamma, the protesters threatened that their next step could be to close down the headquarters of Maspero, the state television station. The same building also houses the information ministry. Anger in the country has been fuelled not just by political divisons but by a crippling economic crisis. In the northern city of Kafr el-Sheikh, hundreds of quarry workers stormed the governor's headquarters and forced employees out of the building in a protest against working conditions. They chanted against governor Saad al-Husseini, a member of the Muslim Brotherhood. Bakeries across Egypt have threatened to go on strike on Thursday due to rising wheat prices, a potentially devastating move in a country where many rely on subsidised bread as the main food staple. A general strike in the canal city of Port Said entered its second week on Sunday, with most shops and factories closed down.