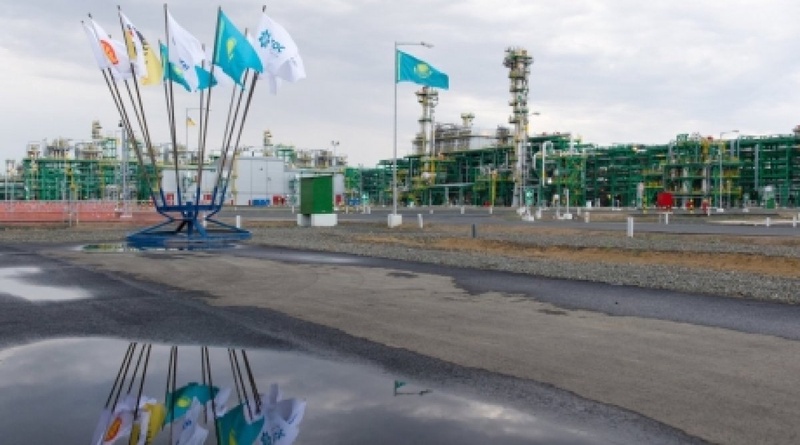 Members of the Kashagan project have signed a memorandum on development of stages of the oilfield, Tengrinews reports citing North Caspian Operating Company B.V. (NCOC).

“The members of the NCOC have signed a memorandum of understanding with the Government of Kazakhstan concerning further development and exploitation of the Kashagan project. It also included an agreement on Kazakhstan content in the project and the field's production capabilities,” the company explained.

According to the operator of the oilfield, negotiations and cooperation between the government of Kazkahstan, participating companies and NCOC for the purpose of the memorandum will continue in the coming months to advance the development plans.

During the first days after the launch of the production Kashagan was yielding around 40 thousand barrels of oil a day.

However, shortly after the oil production at the Kashagan field finally started in September 2013 after numerous delays, the consortium faced more problems that ended up in suspension of the production due to gas leakages.

A source close to the Kashagan project said that the oilfield would be shut down to replace pipelines that failed to withstand corrosion boosted by presence of toxic hydrogen sulfide (H2S). The oil production at Kashagan would be delayed until the operating company replaces all the pipelines.

Some experts believe that Kashagan that started operating on September 11, 2013 might end up closed until 2016 or even 2017.

The suspension dealt of heavy blow to the Kazakhstan's budget. According to the Minister of Economy and Budget Planning of Kazakhstan Yerbolat Dossayev, the delay of production at Kashagan would mean a loss of 0.5% of the GDP for Kazakhstan this year.