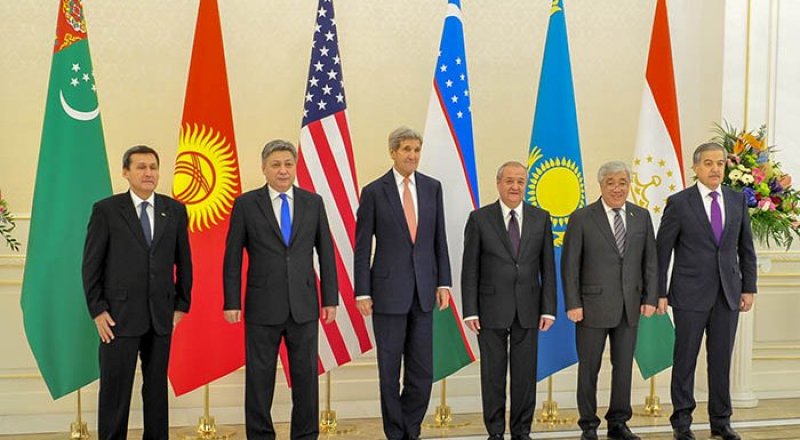 Kazakhstan, Kyrgyzstan, Tajikistan, Turkmenistan, Uzbekistan and the USA have issued the Joint Declaration of Partnership and Cooperation in Samarkand, Uzbekistan on November 1, Tengrinews reports.

The signing of the declaration took place as a part of the US Secretary of State John Kerrry’s first official visit to the Central Asian region. Secretary Kerry took part in the C5+1 meeting along with Foreign Ministers of Kazakhstan, Kyrgyzstan, Tajikistan, Turkmenistan and Uzbekistan.

In particular, according to the U.S Department of State, by joining the declaration the states committed to improve cooperation in “regional trade, transportation and communication” while “upgrading the existing facilities and promoting adoption of common rules and regulations” to improve the economic exchange among the countries. In addition, the declaration covers enhancement of “business climate in the region to attract foreign direct investments”.

During his visit to Astana, Secretary Kerry noted that Kazakhstan had a significant potential to attract more foreign investments into infrastructure. As environmental concerns become more and more pressing in the international community, the C5+1 meeting, too, noted the significance of joining efforts “in addressing climate changes by promoting clean energy and green technologies” in Central Asia. Kazakhstan may become a pioneer in the sustainable technologies and green economy in the region by hosting the upcoming EXPO-2017 dedicated to Future Energy.

In terms of regional and global security, the declaration calls for support of Afghanistan’s development “as an independent, peaceful, thriving state”, to “contribute to global and regional nonproliferation efforts, including (…) the provisions of the Treaty on Nuclear-Weapons-Free Zone in Central Asia”.

And finally, the Declaration of Partnership and Cooperation calls to develop “people-to-people ties, and encourage wider education, cultural and business exchange” along with insurance of human rights protection through the development of “democratic institutions and practices”.

Kazakhstani Foreign Minister Yerlan Idrissov in his speech during the Samarkand meeting noted the importance of the American strategy in relation to Central Asia that envisioned establishing a dialogue between the countries and development of the region in general. “Our cooperation must be based on mutual interests of the countries in the region and the key partners, and not on competition between these countries. Kazakhstan, a strategic partner of the USA, welcomes Secretary John Kerry in his first tour across all the Central Asian countries and supports further development of the C5+1 format,” Minister Idrissov said.

The Minister of Foreign Affairs added that the support of the USA was needed to reach practical results in the economic growth and integration in the region. In particular, Idrissov suggested creating the Fund of Economic Development of Central Asia to attract various international financial institutions and US companies.

Secretary Kerry begun his visit on October 28. He made a tour of Austria, Kyrgyzstan, Uzbekistan, Kazakhstan, Tajikistan, Turkmenistan and the United Kingdom. The official visit was concluded on November 4.