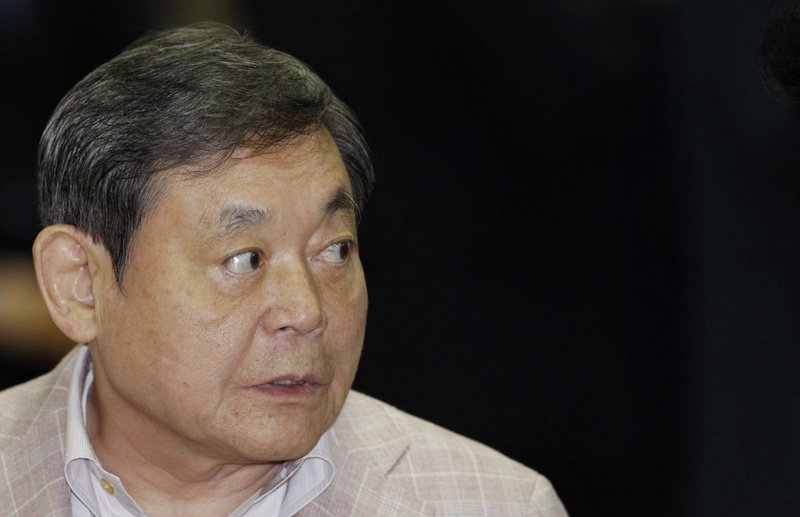 Lee Kun-Hee, 72, was admitted to a hospital near his home in Seoul Saturday night due to a respiratory problem.

He showed symptoms of heart failure and received emergency treatment before being moved early Sunday to Samsung Medical Centre where his problem was diagnosed as "acute cardiac infarction", the hospital said in a statement.

"He is now recuperating in a stable condition after going through an operation," it said.

Lee underwent lung surgery in the late 1990s and has been suffering from respiratory complications since then.

Lee is South Korea's richest man with a net worth estimated by Forbes magazine at around $10.8 billion and has a son and two daughters. His son, Jay Y. Lee, serves as Samsung Electronics' vice chairman.

The founding family controls Samsung through a complex web of share cross-holdings in group subsidiaries.

The senior Lee stepped down as group chairman in 2008 and now serves as chairman of Samsung Electronics, but he remains the de facto head of the entire business empire.

Under his stewardship, the conglomerate has flourished and become the world's top chipmaker and mobile phone maker.

He is largely credited with turning Samsung -- founded by his father in 1938 -- into a global brand.

Samsung has rapidly expanded its presence in the global smartphone market, dethroning Apple as the world's top smartphone maker amid worldwide patent battles between the tech giants over technology and design.