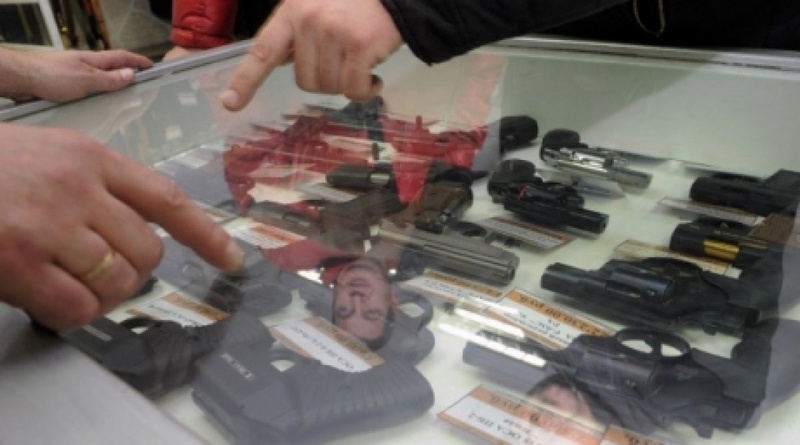 ©RIA Novosti
Only one fifth of the polled Kazakhstan residents hope to get any help for the police in case they are attracted by criminals, Tengrinews.kz reports citing a poll made by the Institute of Political Solutions (IPS). They poll shows that only 18.1 percent of the respondents rely on police in case of any threat. Another 13.6 percent rely on help from passers-by. Respondents from Astana believe in passers-by more then others (39.1 percent) and respondents from northern regions of Kazakhstan rely on police more than others (29 percent). The poll also shows that 52.1 percent of Kazakhstan residents are going to try and protect themselves in case of an attack. 12.4 of them believe that traumatic weapons are the most effective means of self-defense. Another 13.1 percent of respondents prefer to rely on gas sprayers or electric shockers. 26.6 percent are ready to defend themselves with anything there is at hand: bats, knuckles, knives, axes and rocks. This part of respondents does not fear possible tough consequences of such defense. Traumatic weapons are most frequently selected as the most effective self-defense option in Almaty: 17.5 percent respondents. There were chosen by 14.3 percent of polled residents in western regions and 11.8 percent in eastern part of the country. Gas sprayer or electric shockers are believed more reliable in the north (18.8 percent) and in the south (19.2 percent), while "anything at hand" option is mainly frequently chosen in central (31.1 percent) and western Kazakhstan (30.6 percent). The poll covered 2,300 people in 16 cities of Kazakhstan.