Gaga and Assange meet in London 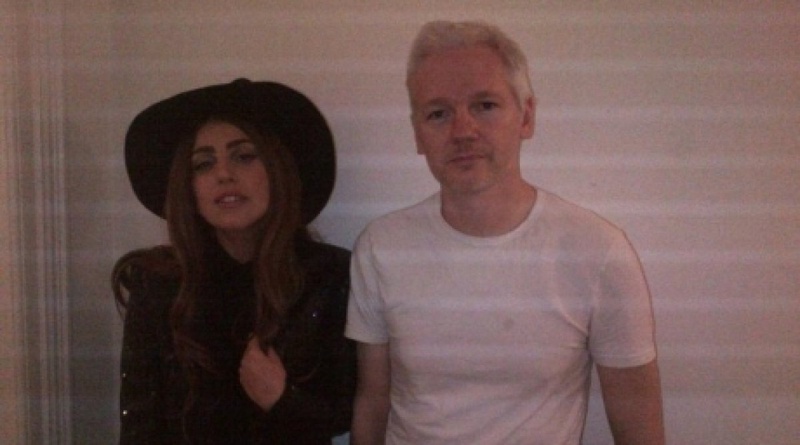 Lady Gaga visits Julian Assange. Photo courtesy of Lady GaGa/littlemonsters.com
US pop star Lady Gaga has visited WikiLeaks founder Julian Assange at London's Ecuadorian embassy, where he is currently seeking refuge, AFP reports citing photos published on her website. Gaga met with the former hacker for dinner at the embassy on Monday after launching her new perfume at the Harrods department store across the road, according to website gagamedia.net. Assange, 41, has been living in the embassy after turning up in June in a bid avoid extradition to Sweden where prosecutors want to question him on sex assault allegations. A picture posted on the singer's Little Monsters website showed her dressed in a witch's hat and black dress posing with Assange. A WikiLeaks spokesman refused to comment on the visit, saying it was "a private affair". It was reported by the Guardian that Gaga was encouraged to visit Assange by British rapper and friend MIA. Assange -- who denies the allegations and fears Sweden would extradite him to the United States -- told Britain's Mail on Sunday he was keeping busy by working 17 hours a day on the whistle-blowing website. Britain has insisted it will arrest the Australian if he leaves the embassy premises.