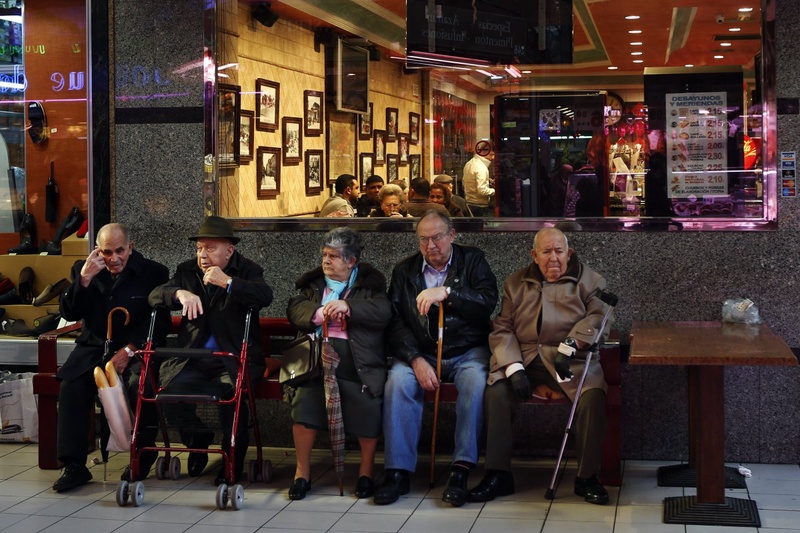 ©REUTERS/Susana Vera
Gains in life expectancy across Europe could be reversed if cash-strapped governments cut health budgets, AFP reports citing the World Health Organisation's warning. The WHO's European Health Report 2012 said that while Europeans are living longer, healthier lives -- with the average person now living until they are 76 -- the improvements could backslide if states slash investment in health as a result of the economic downturn. "A scenario threatening the European region’s overall sustained gains in life expectancy may occur if economic or social crises are coupled with reductions in spending on health and other services," the report by the UN's public health agency said. The report, issued every three years by the WHO, also warned that while Europe as a whole has enjoyed a health boost in recent years, the progress varies sharply across the region. Spain has the highest life expectancy in the region at 82.2 years while Kazakhstan has the lowest at 68.7 years, according to the report. The 53 countries covered by the WHO's Europe region include Israel and Central Asia as well as the rich countries of Western Europe and their poorer Eastern European neighbours. "A major success for the European region is that life expectancy at birth has increased by five years since 1980, reaching 76 years in 2010," the report's editor Ritu Sadana told a press conference in London on Tuesday ahead of the publication. "The downside is that the benefit is not equally shared across countries." The region contains nine of the 10 countries with the highest life expectancy in the world, according to the WHO -- despite the fact that the continent also has the highest rates of drinking and smoking. The WHO said the rise in life expectancy across the region's 900 million people is largely down to the decline of certain illnesses including heart disease, as well as improving living standards. Health expenditure varies hugely across the region, with France and the Netherlands spending 11.9 percent of GDP on health in 2010, and Turkmenistan spending only 2.5 percent, the WHO said. The study also noted that female life expectancy far outstrips that for European men -- with the region's women living 80 years on average, compared to 72.5 years for the average man. "Men are lagging behind women in life expectancy by an entire generation," Sadana said. "In 2010 men had not yet reached the average women enjoyed in 1980." The WHO said the gap could be largely explained by "lifestyle and occupational differences", such as the fact that European men smoke twice as much as women. The study also noted that while suicide rates have decreased by between 24 and 40 percent in European countries since the mid-1990s, the rate of decline has slowed since 2008 -- coinciding with the economic downturn. More than a quarter of the European population will be aged over 65 by 2050, the WHO said, warning that this will create challenges for the continent's health services.