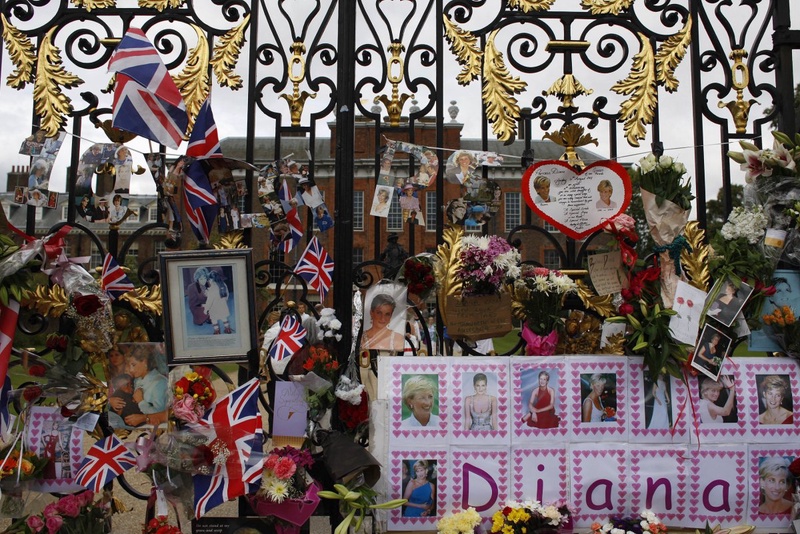 ©REUTERS/Kieran Doherty
Dozens of bouquets of flowers, posters and cards were left at the gates of Kensington Palace on Friday as Princess Diana was remembered on the 15th anniversary of her death, AFP reports. Tourists, well-wishers and passers-by took photos and read the tributes at the royal residence in the British capital, Diana's official home from 1981 until her death, just as they had done in far larger numbers 15 years before. Diana died aged 36 in a car crash in a Paris road tunnel on August 31, 1997 alongside her companion Dodi Fayed, triggering an outpouring of grief from much of the British public. Within hours, a carpet of flowers had begun to spread out in front of the palace and many Britons threw off their reserve and mourned openly. In one of the defining moments of his time in office, then prime minister Tony Blair described her as the "people's princess", striking a chord with the grieving nation. Fifteen years on from that day Maria Scott, 41, who travelled from Newcastle in northeast England to visit the temporary memorial, said she had made the journey every year since Diana's death. "Diana should be remembered because she's the mother of our future king and she should never be forgotten," Scott said. "To the country I would say this tribute means a lot and I would like to think William and Harry would like this as well, that we are remembering their mother and all of her humanitarian work as well. "She wasn't afraid to go the extra mile for anybody." Petra Vallila, originally from Finland, placed a solitary bloom at the palace gates. The 29-year-old from Helsinki, now living in London, said: "I think it's kind of nice that people still come here. "It's been 15 years, so it's a lovely way to remember someone who did a lot of good. She was obviously a very good person." One card placed on the gate read: "Darling Diana, we loved you too much to ever forget you. Nor will we forgive those who betrayed you. Your wonderful sons think of you everyday and so do we. "God bless you, with love from Margaret and Victor Funnel." Princess Diana was the mother of Princes William and Harry, whom she had with Prince Charles before their divorce in 1996. William is second in line to the British throne.