Timur Kulibayev once again refutes suggestions of his possible involvement in politics07 сентября 2011, 14:50 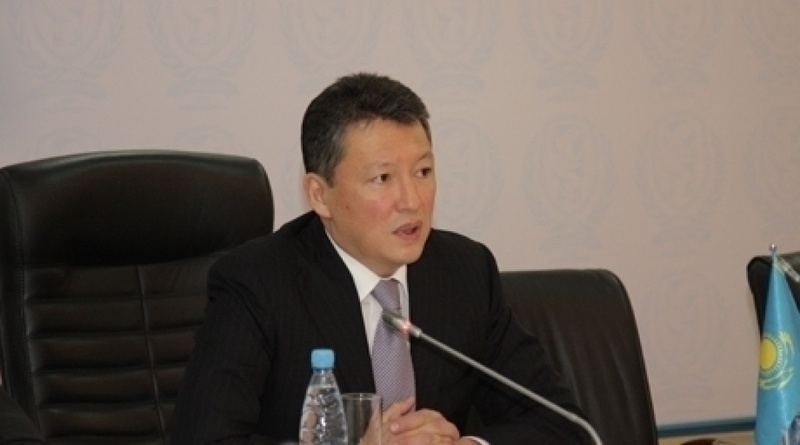 Timur Kulibayev. Tengrinews.kz stock photo
Samruk Kazyna Sovereign Wealth Fund Head Timur Kulibayev has no plans of being involved in politics, Novosti Kazakhstan reports. Kazakhstan President’s adviser Yermukhamet Yertysbayev told Kommersant newspaper in July that head of Samruk Kazyna Sovereign Wealth Fund Timur Kilibayev could become a successor to President Nursultan Nazarbayev. “To be honest, this statement [on being a successor] caught me by surprise. I have never positioned myself as a politician”, Mr. Kulibayev stated right after Yertysbayev’s interview. At a press-conference today, September 7, Mr. Kulibayev once again refuted such a scenario. “Nursultan Nazarbayev was re-elected not long ago. For the years to come the [Presidential elections] issue has been resolved. President is in a good shape. May God bless him with health. As for me, I have never been involved in politics, nor do I belong to any political parties. I feel at ease in business and I want to pursue new achievements in business”, Mr. Kulibayev said, emphasizing that he has “no ideas of dealing with politics in the foreseeable future”.