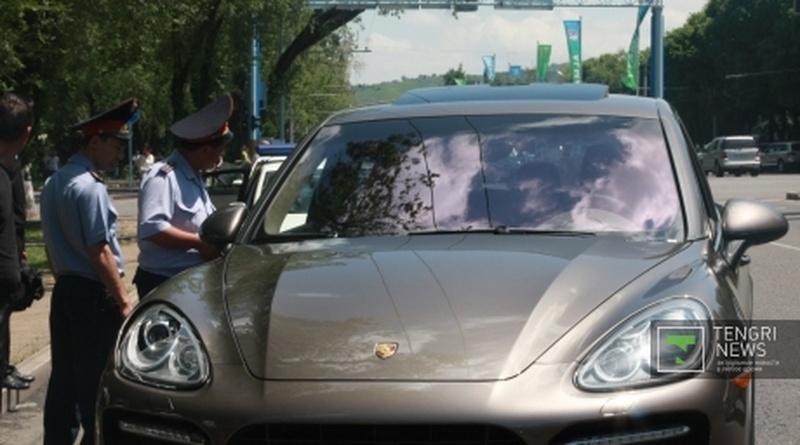 At the accident site. Photo by Chingiz Dzhumagulov©
The 10 y.o. girl who was run over by Porsche Cayenne died in Almaty hospital, Tengrinews.kz reports citing chief of intensive care unit of Central Hospital No.12 Yerlan Kudabayev. “The girl was delivered (on June 1 after an accident at the crossing of Abai and Furmanov streets) in a bad comatose condition. She had multiple closed wounds, brain injury with hemorrhage,” he said. “On June 3 she died remaining unconscious.” Earlier Tengrinews.kz English reported that two car accidents happened in Almaty on June 1. The driver of bus No.35 crashed into police Volkswagen Passat car. An hour later Porsche Cayenne ran over a 10 y. o. girl near the site of the previous accident. After the accident the driver helped the girl inside his car, drove up to the policemen standing at the place of the previous car accident and told them what happened. As per the Porsche Cayenne driver, the girl was running across the busy road in the wrong place. Police is investigating the accident. By Roza Yessenkulova