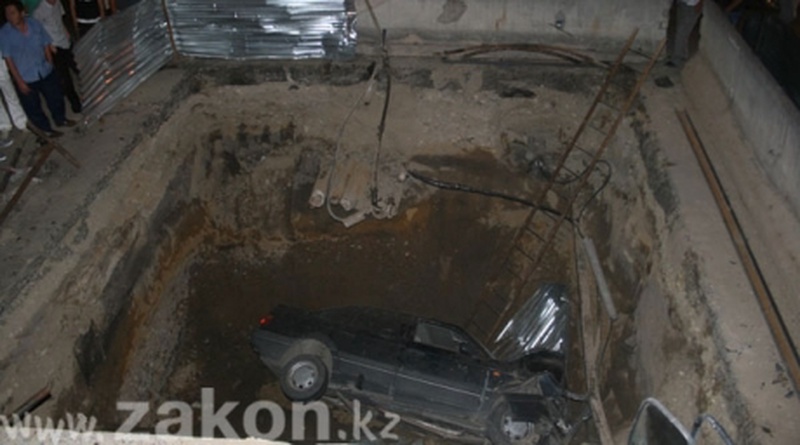 Photo courtesy of zakon.kz
A car crashed into the pit made by a repair team at the crossing of Ryskulov and Tlendiyev streets in Almaty, Zakon.kz reports. The pit the Volkswagen tumbled into is 10 meters deep. The driver got sevelar bruises but the car is seriously damaged. The driver says that he saw the fencing around the pit, but he was “cut off” by another car close to the dangerous area. In order to avoid an accident the Volkswagen driver turned the steering wheel, broke the fencing and fell into the pit. This is the second similar accident in this area this last week. An offroader fell into the pit on June 3. After the accident the pit was fenced off by concrete blocks, but only from three sides.