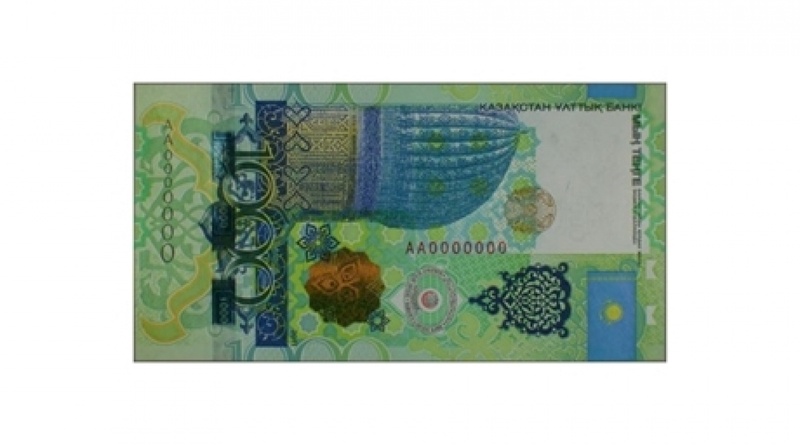 ©The National Bank of Kazakhstan
Secretary General of Organization of Islamic Cooperation (OIC) advised Kazakhstan National Bank to reissue a 1,000-tenge note, Tengrinews.kz reports. June 27, Deputy Chairman of the National Bank Bissengali Tadzhiyakov presented a 1,000-tenge note issued to commemorate Kazakhstan’s chairmanship in OIC. He presented the notes to the Minister of Foreign Affairs Yerzhan Kazykhanov and OIC Secretary General Ekmeleddin İhsanoğlu in gift envelopes, but the latter made his comments, however. “As it was said before, tomorrow our Organization will have a new name and a new emblem. That is why I would like to ask Kazakhstan National Bank to think of issuing the new note with the new Organization’s name and emblem. This will be good for Kazakhstan, as Kazakhstan will be the first country to present the new OIC emblem. I would say, the earlier this is done, the better,” OIC Secretary General said. Tadzhiyakov did not make a promise that the National Bank will reissue the note but shared an opinion that the old emblem and OIC name will give the note a higher value. “The note will be a part of money turnover not only in Kazakhstan but also among collectors in the whole world,” Bissengali Tadzhiyakov told the journalists and asked to forward the following information to the country’s population: “I have heard yesterday that this note is not accepted in some regions of our country, as people are not informed about it. So now I hope you will show it. The note is valid at the whole territory of Kazakhstan.” It will still be valid after the OIC changes the name and emblem. Kazakhstan National Bank issued 10 million 1,000 tenge notes to commemorate Kazakhstan’s chairmanship in OIC. By Renat Tashkinbayev