Development of Imashevskoye condensed gas field in the Caspian offshore delayed on Russia’s side06 октября 2011, 15:55 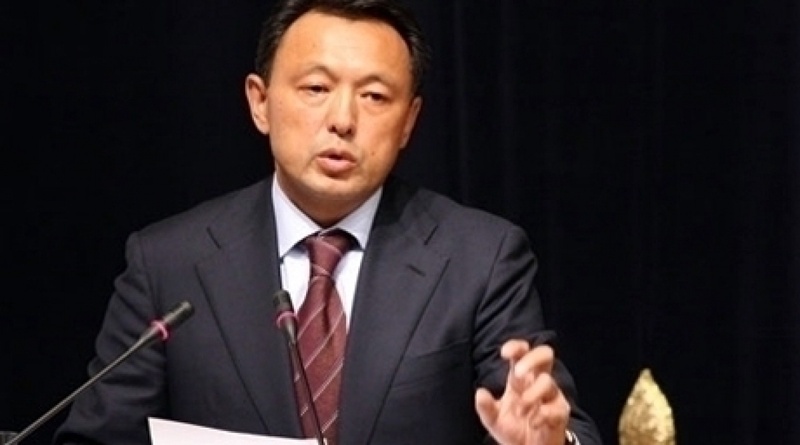 Oil and Gas Minister Mynbayev. vesti.kz stock photo
Development of Imashevskoye condensed gas field in the Caspian offshore is being delayed on Russia’s side, Kazakhstan Minister of Oil and Gas Sauat Mynbayev told journalists on the sidelines of the KIOGE oil exhibition in Almaty October 6, Novosti Kazakhstan reports. “Unfortunately, on the part of Russia the project is being delayed. Kazakhstan National Company already has the right for subsurface use, whereas Russia’s right is not yet formalized within the JV”, the Minister said. Russia and Kazakhstan signed an inter-government agreement on geological exploration of the transborder condensed gas field in September 2010. Gazprom of Russia and KazMunaiGas of Kazakhstan have been designated as plenipotentiaries to implement the agreement. In April 2011 the two companies agreed that KazRosGas will be acting as the project operator. Imashevskoye field is located 60 km away from Astrakhan (Russia) and 250 km away from Atyrau (Kazakhstan). Its explored reserves are estimated at over 100 billion cubic meters of gas.