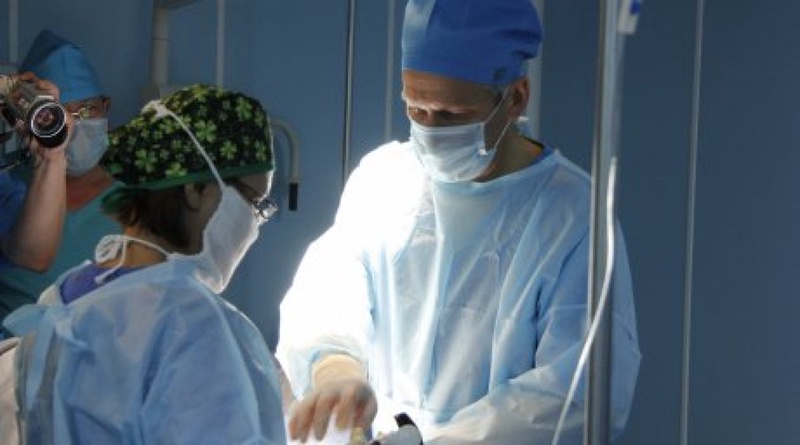 Two doctors from Israel – Ilya Pinsk and Sofia Gurevich - who specialize in minimally invasive laparoscopic surgery come to Almaty to conduct the surgeries. According to the Deputy Chief Surgeon of the local hospital Daniar Amangaliev, the Israeli experts arrived in Almaty to share their expertise. They conducted a series of demonstration operations and shared their knowledge in the field of proctology and gynecology.

The first patient, 83-year old Victor Komarov was suffering from bowel obstruction. Doctors discovered a tumor that needed to be urgently removed. Thanks to low invasiveness of the method, the elderly man was allowed to get up and walk in a few hours after the surgery. Komarov himself said he did not feel any negative aftermath like those in case of traditional abdominal operations. He didn't fee any more pain either.

Another person who underwent a surgery was an elderly woman. She suffered from an ovarian cyst. According to Gurevich, the surgery was complicated by the fact that the patient suffered from another gynecological disease, a prolapsed uterus. Both problems were eliminated in one operation.

The principal feature of the surgeries was their low invasiveness. Previously, such surgeries required an abdominal incision that was often accompanied by blood loss and complications, leading in some cases to disability. But in case of laparoscopy, the surgery is performed through small holes. Invasiveness in this case is minimized and the recovery period is reduced by 4-5 times and becomes as short as one week. After minimally invasive surgeries patients can move on their own within a few hours after surgery.

The method is already in use in Kazakhstan. It was introduced in 1996 by an outstanding Kazakh surgeon Nurtas Kazybayev, who considered to be one of the "fathers" of laparoscopy in Kazakhstan. More than 15 thousand operations involving laparoscopy have been conducted in the clinic since then.

One of the most difficult laparoscopic surgeries conducted in Kazakhstan recently was a surgery to cure a patient’s aortic aneurysm. The surgery included four operations that were also performed using minimally invasive methods. Five special prostheses were installed into place in order to strengthen the blood vessels. The prostheses were delivered into the body through small incisions on the patient’s hips.