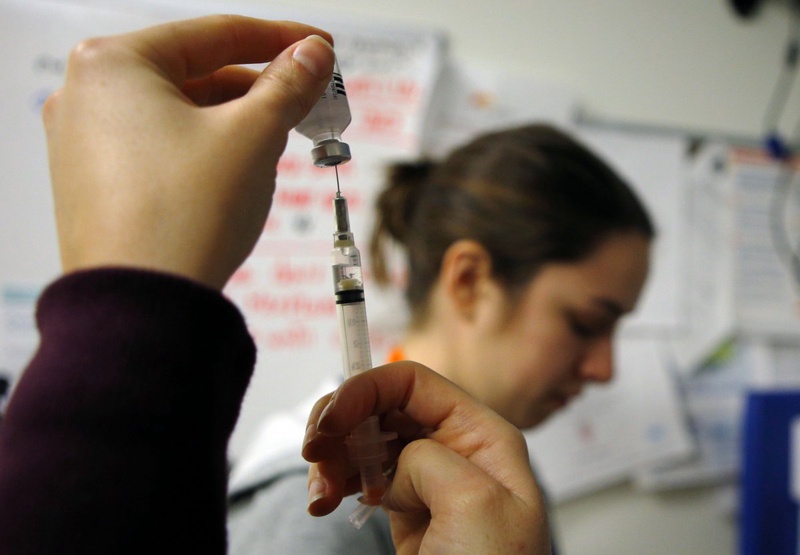 ©REUTERS/Brian Snyder
A growing number of US parents oppose doctors' recommendations to vaccinate teenage girls against human papillomavirus (HPV), the main cause of cervical cancer, AFP reports citing a study. Parents cited reasons such as believing their child was too young or not sexually active, concerns about safety and side effects, or lack of knowledge about the vaccine, said the study in the journal Pediatrics. In 2008, 40 percent of parents surveyed said they did not want the HPV vaccine for their daughters. In 2010, that figure rose to 44 percent. "That's the opposite direction that rate should be going," said senior researcher Robert Jacobson, a pediatrician with the Mayo Clinic Children's Center, noting that studies have continually shown the HPV vaccine to be safe and effective. "HPV causes essentially 100 percent of cervical cancer and 50 percent of all Americans get infected at least once with HPV. It's a silent infection. You cannot tell when you've been exposed or when you have it," he said. "While most HPV infections clear, a percentage linger and start the process of cancerous changes. The HPV vaccine is an anti-cancer vaccine." Still, the number of young women getting vaccinated is on the rise -- 16 percent of teenage girls in 2008 compared to one third in 2010, said the study. The analysis came from national vaccination data for those age 13 to 17 in the 2008-10 National Immunization Survey of Teens. The US Centers for Disease Control and Prevention recommends that girls and boys age 11 to 12 get vaccinated against HPV, as well as women up to age 26 and men up to age 21 if they were not vaccinated when they were younger. The CDC also recommends the HPV vaccine -- which is typically administered in three separate shots over six months -- for men who have sex with men. HPV vaccines are "safe and effective" and have been "tested in thousands of people around the world," the CDC said on its website. "These studies showed no serious side effects. Common, mild side effects included pain where the shot was given, fever, headache and nausea." HPV has been linked to cervical cancer, genital warts and cancers of the penis, anus and throat.