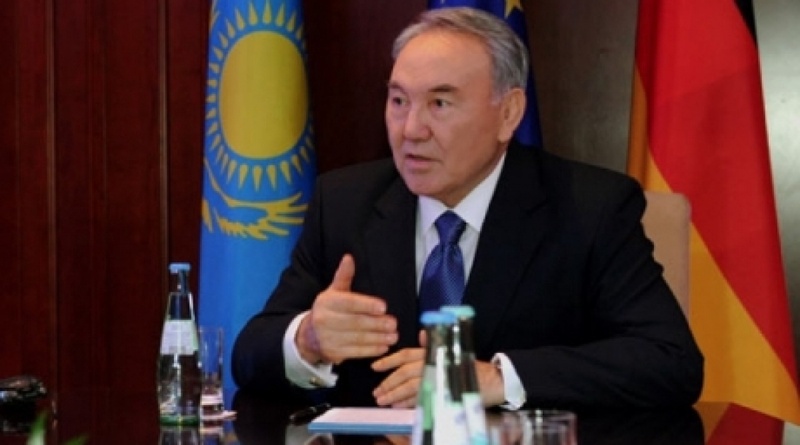 Kazakhstan President Nursultan Nazarbayev. Photo courtesy of akorda.kz
German journalists asked Nursultan Nazarbayev about his health, Tengrinews.kz reports from Berlin. During Kazakhstan President’s visit to Germany one of the journalists noted that there were many rumors and asked the President to scuttle them. Nazarbayev replied: “I had to undergo a medical check and announced that to the media. My doctor said that people with the health as good as mine were called up for military service in the Soviet Union. Such concerns always surround presidents and leaders. Why people thinks so, I don’t know. Thanks God, I am in good health.” According to German journalists, Kazakhstan President looks very energetic. In December Nazarbayev went through a planned medical check-up in the presidential hospital. The doctors said that risk of cardiovascular diseases was very low and certified that president was in an excellent physical shape.