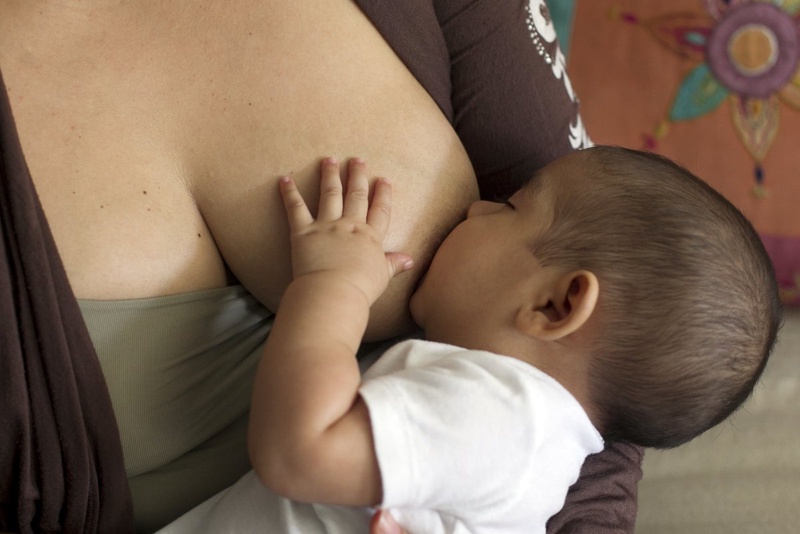 ©REUTERS/Carlos Garcia Rawlins
People breastfed as infants have a 24 percent better chance than their formula-fed counterparts of climbing the social ladder, AFP reports citing study. Conversely, being fed mothers' milk as a baby also reduced one's chances of social demotion later in life by as much as 20 percent, said the findings published in the journal Archives of Disease in Childhood. "Our study adds to evidence on the health benefits of breast feeding by showing that there may be lifelong social benefits," wrote the British research team. The researchers looked at data on 17,419 people born in Britain in 1958 and another 16,771 born in 1970 -- comparing their social class at the age of 10 or 11 to that aged 33/34, and whether or not they had been breastfed. Social class was categorised on a four-point scale ranging from unskilled or semi-skilled to professional or managerial. In the 1958 group, 68 percent had been breastfed compared with only 36 percent in the 1970 group, said the study, which claims to be the largest yet to probe the relationship between breastfeeding and social mobility. The researchers gathered data during regular followups every few years and took into account a range of other potential factors such as brain development and emotional stress levels. "Intellect and stress accounted for around a third (36%) of the total impact of breastfeeding: breastfeeding enhances brain development, which boosts intellect, which in turn increases upwards social mobility. Breastfed children also showed fewer signs of stress," said a statement. The authors said breast milk contained so-called long-chain polyunsaturated fatty acids or LCPUFA's, which were essential for brain development. Previous studies, however, have suggested that LCPUFA's alone may not improve cognitive growth The team said it was impossible to tell which was more beneficial to the child: the nutrients found in breast milk, the skin-go-skin contact and bonding between a nursing mother and her infant, or perhaps a combination of the two. Further research was needed, they said, to determine whether mothers who fed their infants formula could aid their long-term development by mimicking the skin contact between breastfeeding women and their offspring.