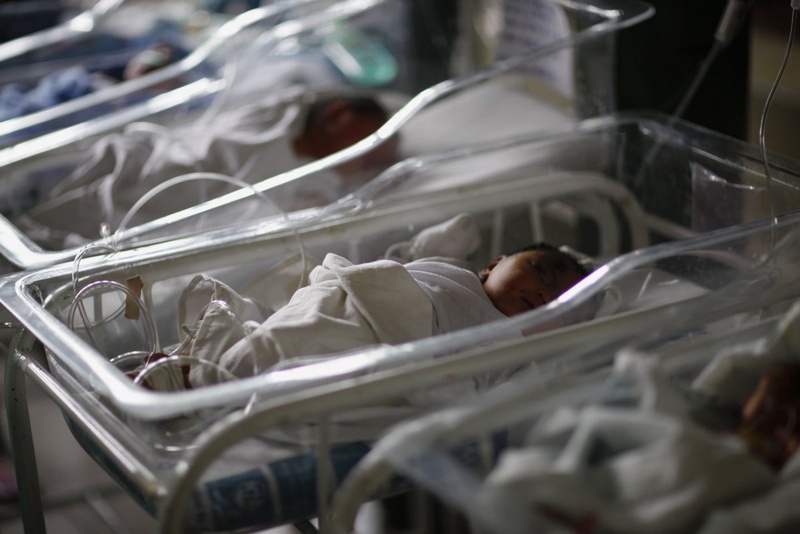 ©Reuters/John Javellana
A healthy baby boy was born in eastern Hungary after his brain dead mother was kept alive for about three months to bring him to term, a hospital said Wednesday, AFP reports. "The baby is already growing up at home, with his family. He was delivered by caesarean during the summer," Bela Furedi, president of the Debrecen University's medical science centre, told journalists. "He was born in the 27th week of pregnancy. He weighed only 1.42 kilos but was healthy." The 31-year-old woman was declared brain dead after a brain haemorrhage in her 15th week of pregnancy. She was kept alive for 92 days in a state which allowed her organs to be donated, in a case described by the hospital as "unique" in the world. Her heart, pancreas, liver and two kidneys were transplanted to four patients, said Furedi. The family has remained anonymous, as guaranteed by Hungarian law in the case of organ donations.