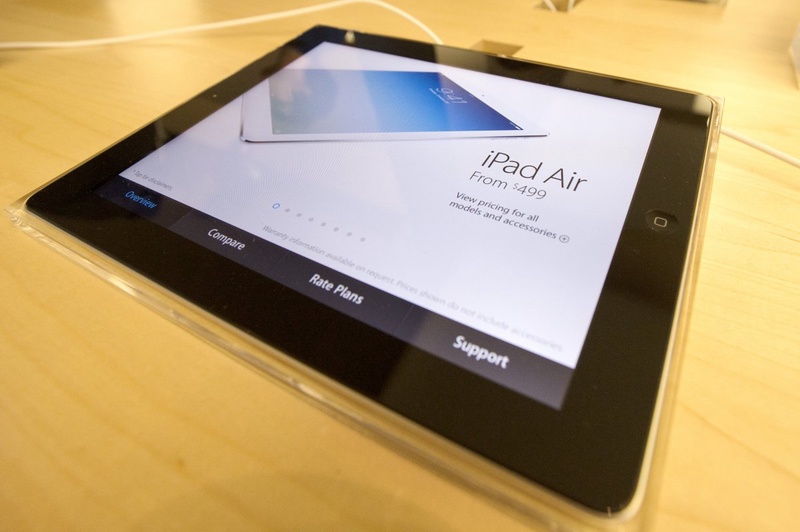 Apple iPad Air tablet. ©Reuters/Mike Segar
Tablet computers have been one of the hottest items in tech in recent years, but sizzling growth is likely to slow in the coming years, AFP reports citing to a market tracker. The research firm IDC said global tablet sales are expected to hit 221.2 million units this year, up 53.5 percent from last year but below IDC's latest forecast of 227 million. IDC said tablet sales are still growing but the pace is slowing. For 2014, the firm projects growth of 22.2 percent to a total of 270.5 million units and single-digit growth by 2017. "In some markets consumers are already making the choice to buy a large smartphone rather than buying a small tablet, and as a result we've lowered our long-term forecast," said IDC analyst Tom Mainelli. "Meanwhile, in mature markets like the US where tablets have been shipping in large volumes since 2010 and are already well established, we're less concerned about big phones cannibalizing shipments and more worried about market saturation." IDC said it is watching the mix of small versus large tablets. While the market has trended toward small tablets over the last 24 months, the rise of large phones could push consumers back toward larger tablets -- the difference between a six-inch smartphone and a seven-inch tablet isn't great enough to warrant purchasing both, IDC said. It added that Apple's new iPad Air, a thinner and lighter version of its 9.7-inch product, could herald another market transition back toward larger screens. IDC has previously said it expects tablet sales to outpace that of traditional computers by 2015.