Buzz building for debut of Wii U videogame console 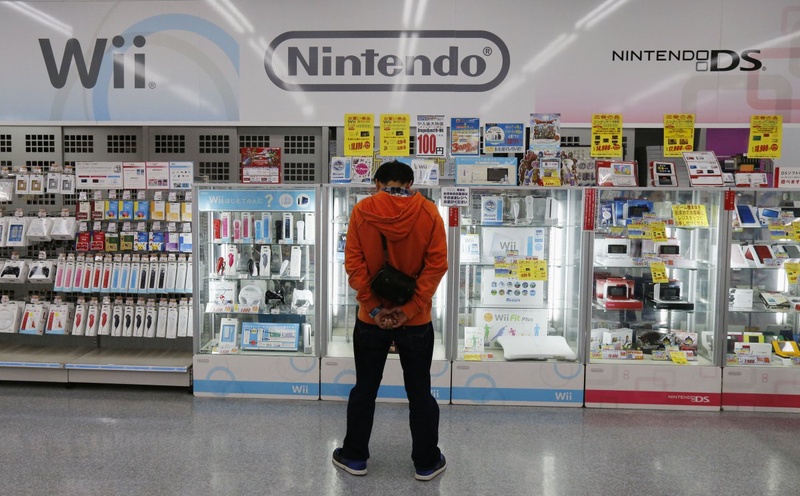 ©REUTERS
Pre-orders for Wii U have been hot ahead of the Sunday release of the new Nintendo videogame console that the Japanese electronics titan hopes will catapult it to renewed glory, AFP reports. Nintendo is hoping for a repeat of the runaway success it had with original Wii consoles, which lured legions of "casual gamers" into the videogame world with the introduction of motion-sensing controls. Promising signs in the market included US consumer electronics chain Best Buy informing people that it was sold out of Wii U consoles for pre-order online but that they could try their luck at real-world stores on launch day. At Internet retail titan Amazon.com, Wii U consoles were being offered at opening prices hundreds of dollars above list prices of $300 for basic models and $350 for "deluxe sets." A grand Wii U event is planned at Nintendo World in New York City's Rockefeller Plaza on Saturday night ahead of the consoles going on sale there at midnight. "The Wii U is exactly what the game industry needs right now," said Tony Key, vice president of sales and marketing at French videogame star Ubisoft. "Consumers are looking for a fresh experience and to have fun, and this is our chance to deliver." Nintendo unveiled Wii U in June, vowing to start a trend in "asymmetrical play" that lets players using GamePad tablets have different in-game perspectives and roles than those using traditional wand controllers. "At its core, the Wii U does three different things," Nintendo of America president Reggie Fils-Aime said during the unveiling. "Change your gaming, change how you interact with gaming friends and change the way you enjoy your TV," he continued. "It stands to revolutionize your living room." Nintendo has shown off a "TVii" application that lets people use the Wii U tablet-style "GamePad" controllers to access television programs or video online at services such as YouTube and Netflix. More than 50 games tailored for play on Wii U will be available when the consoles hit the market, according to Nintendo. Titles will include the latest installment in Ubisoft's blockbuster "Assassin's Creed" franchise and a version of beloved "Call of Duty" from Activision. "The integrated second screen of the GamePad creates new possibilities for how games can be played," said Activision chief executive Eric Hirshberg. "We're excited for our fans to experience the biggest franchises, like Call of Duty: Black Ops II, Skylanders Giants and Transformers Prime, in new ways made possible on Wii U." Ubisoft's Wii U lineup includes action, dance, fitness, adventure and sports titles. A "ZombiU" zombie killing game geared for mature audiences takes an ambitious approach to using the GamePad controller that is a key feature of the Wii U. Ubisoft designers turned the GamePad into a "survival kit" for players in the horror-action game. Ubisoft hits being tailored to take advantage of Wii U touch-screen controls included the company's iconic "Rayman" and the slapstick "rabbids." "People may not quite understand yet what is so special about the system because they haven't been able to experience it themselves," Key said. "That was the problem with the Wii too, and we saw how that turned out." Kyoto-based Nintendo is counting on the new Wii U to boost the company's fortunes the way the original Wii console did after its introduction in 2006. Nintendo said it aimed to sell 5.5 million units of the new Wii U by the end of March. The company has struggled against competition not only from traditional rivals such as PlayStation maker Sony and Microsoft's Xbox, but also cheap online games that can be downloaded to smartphones and tablet computers.