Chairman of Development Bank of Kazakhstan on public trust in tenge17 ноября 2015, 15:45 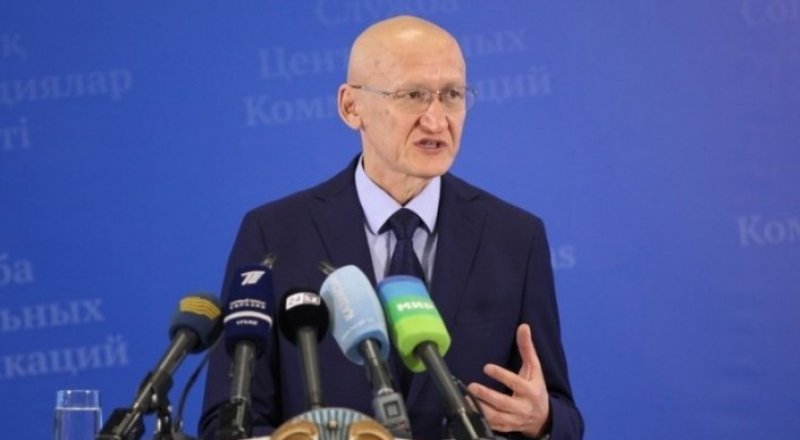 However, this did not help Kazakhstan as it saw its domestic enterprises loosing their competitiveness and yielding to the Russian counterparts, whose products became cheaper and more attractive after Russia devalued its ruble. With the decreasing demand already in place, the devaluation of Chinese yuan in the beginning of August and China's 18 percent reduction in exports dragged the demand for Kazakhstan's goods even further down.

In such conditions, Kazakhstan was not able to keep propping up its currency having already spent $28 billion defending the tenge exchange rate in 2014 and 2015. On August 20, the country abandoned control of the currency and announced  transition to a floating exchange rate. The tenge per dollar rate hiked to 255.26 tenge per 1 dollar from 188 tenge overnight. This completely disrupted the public trust in their national currency.

According to Chairman of the Development Bank of Kazakhstan Bolat Zhamishev, Kazakhstanis will have trust in the national currency tenge only when they clearly understand the causal relationships between what is happening in the economy and the changes in the exchange rate.

He explained that the instability of the tenge undermined people’s trust in it. “When we are talking about trust in the national currency, we do not mean that the rate has to be fixed at some level. In this case (with a fixed rate), people have trust. If it changes, then they no longer trust it. Actually, people will be confident about the national currency only when causal relationship become clear to them and its effect (on the exchange rate),” Zhamishev said.

According to him, one does not need to go into details to understand the situation, and added that if causes that in fact have no real effect on the country’s economy will be used to explain the fluctuations, then there will be no trust. If the named factors do change, but the exchange rate is still changing, how can one expect people to believe the explanation, he said.

"I think that the key point here is that the main factors that are supposed to influence the exchange rate and the degree to which the exchange rate fluctuates should not diverge. Then, it will become clear - the exchange rate has changed, because prices for oil and other export commodities have either fallen or increased, and this, consequently, affected the exchange rate. In times of volatility, citizens are more likely to monitor (these trends). Then, everyone will understand that the exchange rate is changing not because of some politicized decision to impose control or abandon it, but because of objective reasons,” he elaborated.

Yet, according to him, the devaluation of the tenge was both “unavoidable and necessary”. “The exchange rate is contingent on macroeconomic factors regardless of the political regime. If we look at the balance of payments, which includes foreign trade and financial statistics, we will see that it has significantly shrinked this year. There was also a deficit on the current account, negative balance of foreign trade, negative balance of capital flow,” he said.

According to Bolat Zhamishev, shift to a floating exchange rate was the only possible option, because "our tenge was overestimated in relation to other currencies, which worsened the position of our exporters".

Although one step devaluation saves gold reserves, practice shows that people lose trust in the country’s monetary policy if there are too many such occurrences. "They tend to assume that any change in the exchange rate is some kind of an administrative measure, which is politically motivated and economically groundless," Zhamishev said.

Under the conditions, according to Bolat Zhamishev, Kazakh companies have to plan ahead. "If we are talking about banks and their lending capability, then we need to build certain expectations and determine to what extent the financial and economic model of the project is vulnerable to changes in the exchange rate. If it fluctuates in a certain corridor, then we will fund this project,” he said.

Although initially the National Bank of Kazakhstan reserved the right to intervene in the market in case the financial stability is threatened, no central bank with a floating exchange rate intends to target any particular exchange rate. “You probably have never heard of banks with long history that targeted a specific exchange rate. Therefore, the central bank should be honest not to deliberately align with any particular rate. If it is allowed to float and is based on demand and supply and, at the same time, there are interventions in the market aimed at removing speculative spikes, then the fair market exchange rate will eventually be reached," he pointed out.

However, Zhamishev asserted that the size of Kazakhstan’s economy did not allow for a truly objective exchange rate. "We have big imbalances between sectors that provide foreign currency and those that consume it. It is quite difficult, yet very necessary, for the National Bank to ensure that the rate is determined by objective market conditions. But it will probably be difficult to confine solely to interventions in order to remove speculative spikes. The exchange rate can also change without speculative transactions, but as a result of inflow of large amounts of money, like the funds from the National Fund that are injected into the budget. When large amounts are converted over a short period of time, this can also affect the market. Even though this don't constitute a speculative attack, it can still affect the exchange rate," he concluded.