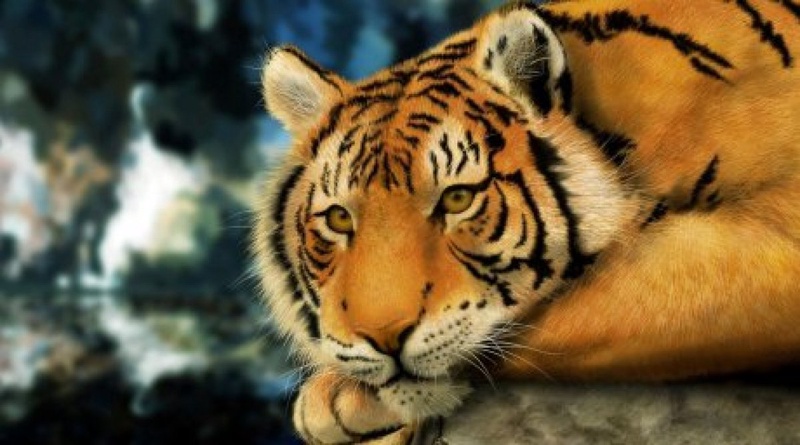 A Caspian Tiger National Park may be opened in 2019, Tengrinews reports. The plans to open the National Park were discussed at the International Conference on Presenting a Program of Caspain Tiger Reintroduction organized by WWF and the Kazakhan National Geographic Soceity.

“We suggest choosing a territory for the tiger park in 2019 and fencing off this territory. Some African countries have similar experience in reintroducing lions in areas where they were exterminated by illegal hunters,” the Chairman of the Forrest and Hunting Committee Bagdat Azbayev of the Ministry of Environment and Water Resources said.

According to Azbayev, it is planned to set up the National Nature Reserve Ili-Balkash in Almaty Oblast at the area of 437 thousand hectares.

He believes that the project of reintroducing the Caspian tiger may take up to 25 years instead of the planned 15 years. “The dates we suggested, I think, are not realistic enough. But it is just a suggestion and we can go back to discussing them again. All in all, the Ministry supports the project,” Azbayev added.

Since there are no Caspian tigers left, Syberian tigers from Russia will be used as a substitute. They are similaraly large and represent the same group of felids.The Caspian tiger was genetically similar to the living Sybeiran tigers, also known as Amur tigers.

The Head of Russian WWF Igor Chestin said that most the tigers would probably be brought from Russia's Far East. “There are three possible sources for reintroduction of the tiger. Zoos are the first source. Orphaned baby tigers from the wild - they are found every year in the Far East - are the second possible source. Sometimes mother tigers die for different reasons, but mostly because of illegal hunters. They also die in accidents. We are doing a lot of work to bring the little tigers back into the wild in the Far East. And, the third source, the easiest way, is to catch adult tigers in the Far East in the areas of their most dense population so as not to undermine their local population, and bring them to Kazakhstan,” Chestin said.

The Head of the Russian WWF added that tigers would be released in Kazakhstan only when the number of hoofed animals - the tigers food supply - gets to the required level. According to Chestin, it is also important to think about changing the status of the Caspian tiger in the Red Book. At the moment, the tiger is considered extinct. Chestin suggests changing it to “a specie at a stage of revival”.

In addition, the Ministry of Environment and Water Resources plans to take extra precautions to ensure safety of the locals living near the future tiger habitat. The Ministry promised to introduce legislative and regulatory legal acts to support people who decide to settle near the tiger reintroduction area. Moreover, it is planned to introduce compensations for case of damage or cattle loss caused by tigers.

Prime Minister Karim Massimov supported the initiative to revive the Caspian tiger species. “I’m sure that this program will become a new direction in the ecological development of Kazakhstan (…). As a part of the project, it is planned to create a national park, revive riparian woodlands, and increase the diversity of flora and fauna in general. The government will provide all the necessary support,” Karim Massimov said in his letter to the participants of the conference.

The Minister of Environment and Water Resources Nurlan Kapparov said that the project would be beneficial from an economic point view as well.

“Kazakhstan had Caspian tigers and as far as I know the tigers went extinct in the 1940s. (…) The species can be revived through a skillful and intelligent approach. I visiter several reservations in South Africa and everything works perfectly well. They have ecotourism, game drive and other things,” Kapparov said. “It is a good business” beneficial to the economy of the country, he added.

The project aims to increase the population of the Caspian tiger to 200 within the next 15-20 years. The national park is going to take the area near the South bank of Balkhash lake and the Ili river estuary.

The Caspian tiger, also known as the Hyrcanian tiger, the Mazandaran tiger and the Turanian tiger, is an extinct tiger subspecies that had been recorded in the wild until the early 1970s, and used to inhabit the sparse forest habitats and riverines west and south of the Caspian Sea, from Turkey, Iran and east through Central Asia into the Takla Makan desert of Xinjiang, China. There are currently no individuals in captivity.

The Turanian or Caspian tiger became extinct in the area about 40 years ago. Destruction of their natural habitat, poaching and extermination by Russian military in the 20th century is believed to be the main drivers of the extinction. In addition, reclamation of lands in the 19th century and hunting led to a significant decrease in availability of prey - wild boar and deer - that the tigers fed on.