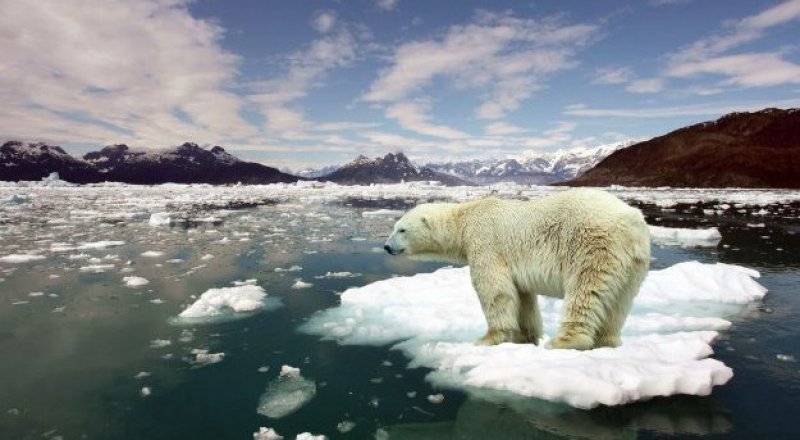 The first 10 months of this year have been the hottest in modern times, while last month was the third warmest October over land and sea surfaces since 1880, US government scientists said Thursday, AFP reports.
"The year-to-date (January-October) global temperature remained the highest on record," said the monthly report from the National Oceanic and Atmospheric Administration (NOAA). This follows the record-shattering heat years of 2014 and 2015.
Experts say 2016 is likely to become the hottest year on record due to the continued burning of fossil fuels that contributes to global warming, and exacerbated by the ocean warming trend of El Nino, which formally ended in July.
"For the year to date, we are record warm for 2016," Jessica Blunden, climate scientist at NOAA National Centers for Environmental Information, told reporters on a conference call.
"It is likely that 2016 will still pass 2015 as the warmest year on record," she said, even though temperatures may cool in the months ahead due to the La Nina weather phenomenon.
"Even if we don't, 2016, 2015 and 2014, however they stack up, are going to be the three warmest years in the historical record which dates back to 1880."
So far, the year-to-date temperature across global land and ocean surfaces is 1.75 Fahrenheit (0.97 Celsius) above the 20th century average, NOAA said.
Taking October alone, scientists found the global average for temperature "tied with 2003 as the third highest for the month of October in the NOAA global temperature dataset record, which dates back to 1880."
The month's average global land and ocean surface temperature was 1.31 Fahrenheit above the 20th century average of 57.1 Fahrenheit. It was slightly cooler than the record-setting October of last year, when El Nino was strengthening, leading to higher temperatures in the equatorial Pacific and beyond.
This year, La Nina conditions prevailed in October, causing below-average temperatures across the eastern tropical Pacific Ocean.
Record low Arctic ice
Sea ice in the Arctic was at a record low for October, typically the first full month when Arctic sea ice begins its growth stage for the winter season. The average Arctic sea ice cover for the month was 980,000 square miles (2.5 million square kilometers, or 8.5 percent) below the 1981-2010 average, the report said.
"This was the smallest October extent since records began in 1979," said NOAA's report.
"The footprint of 'missing' ice was larger than the combined size of Alaska and Texas," it added, describing sea ice growth as "abnormally slow during the first half of October."
Antarctic sea ice extent for the month was the second lowest on record, for a total of 290,000 square miles (four percent) below the 1981-2010 average.
Planet-wide, warmer than average conditions blanketed "large areas of the world's land surface." Parts of Mexico and the Caribbean, west central Africa, southeastern Asia, western Alaska and eastern Russia all saw record heat.
"Africa as a whole observed its second warmest October on record, behind only 2015," said the report.