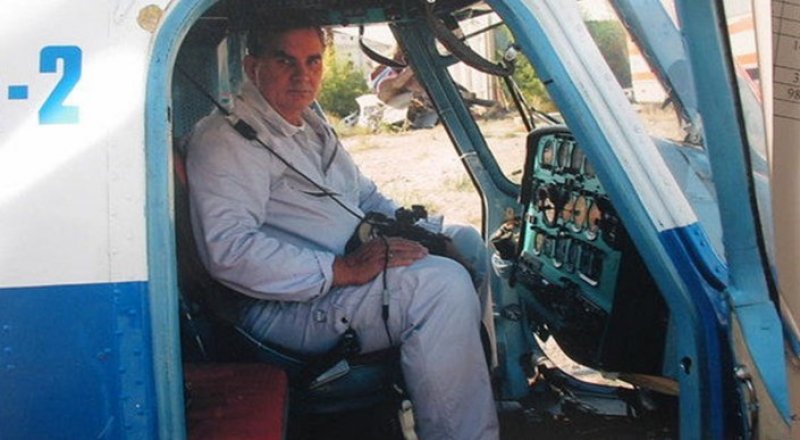 A Mi-2  medial helicopter has crashed in Zhambyl Oblast in Kazakhstan's south, Tengrinews reports, citing the official representative of the Emergencies Committee of the Interior Ministry of Kazakhstan Ruslan Imankulov.

The 62-year-old pilot Valeriy Mikhin sustained severe burns of 50% of his body in the crash, but walked several kilometers to the nearest village to get help.

Citing anonymous sources, Today.kz reported that Valeriy Mikhin is the head of Taraz Zhana Alem JSC, the company that owns the helicopter.

There is no information on the purpose of the flight. But the company is known to cooperate with the local traffic police helping patrol highways, track criminals and stolen vehicles, and even rescue victims of human trafficking.

There have been no reports of the any passengers being in the helicopter.

The accident happened on Saturday evening, January 23, three kilometers from Sadykhan winter shepherd camp located not far from Turar Ryskulov village. One of the residents of the village saw the helicopter crash and called 112 (the local version of 911). The emergency department confirmed they received the call at 8:08 p.m.

"The accident site is around 100 km away from the regional center and 220 km away from Taraz city. The search operation was obstructed by the darkness and lack of roads in the areas. When the rescue crews reached the crash site of Mi-2 helicopter operated by Aviakompaniya Zhana Alem JSC they found no injured there. Later it became know that the pilot of the helicopter was taken to the Hospital №1 of Taraz city by witnesses of the accident," he continued.

Video of the helicopter crash site:

The pilot was delivered to the hospital on January 24 and diagnosed with thermal injury of his face, head, both arms and both legs ranging from the first to the third degrees that he received from exposure to the flames. He also got a second-degree inhalation burn.

He is in the Intensive Care Department of the hospital in severe condition, Zhambyl Oblast's Healthcare Department confirmed. He is conscious and was able to recall the course of the tragic events.

"According to the patient, he received the injuries on January 23. He is a medical helicopter pilot. A fire started in his engine when he was in the air. After landing the helicopter he tried to extinguish the fire on his own. Then he walked around 5 km to a shepherd camp. From there he was taken to the City Hospital №1 and put in the Department of Anesthesiology, Resurrection and Intensive Care on January 24. His condition is severe. He is in clear consciousness. On January 25 at 9 a.m. he was inspected by a council of doctors," a representative of the Healthcare Department said.

Causes and details of the accident are being investigated and will be determined by a special commission created for the case. Police initiated a criminal case over the helicopter crash.