Cracked 9-storey building to be demolished in Priozersk 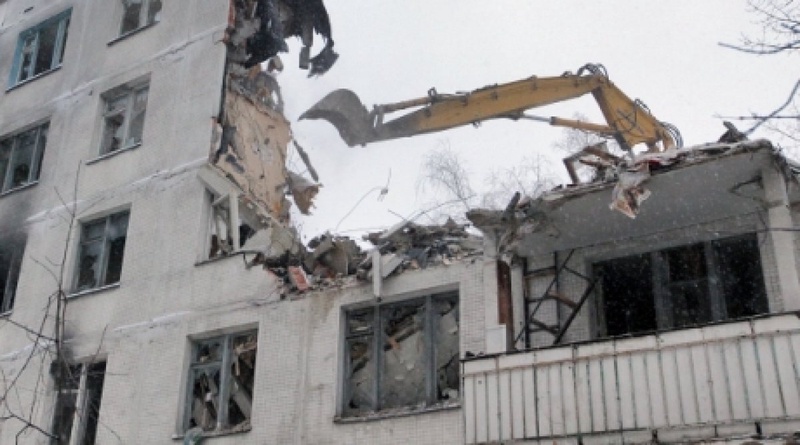 Demolishing old housing. ©RIA Novosti
A cracked 9-storey residential building in Priozersk of Karaganda oblast has been declared an emergency and will be demolished, KazTAG reports citing Dastan Sadenov, deputy Akim (Mayor) of the town for utilities issues. “Based on the conclusion made by KaragandaTechnoService, the building was officially declared unfit for living and cannot be repaired. It will be demolished,” Sadenov said on Monday. Deputy Akim also said that all 33 families living in the building received other housing. “The administration provided temporary housing out of the state fund to 23 families. To receive permanent housing, they have to get registered in the list for housing as residents of an emergency building. Militarymen of Kazakhstan and Russian armed forces were among the residents of this building. Their command provided them with other apartments,” Sadenov said. Earlier Tengrinews.kz English reported that the plaster started shattering and deep cracks appeared between 7th and 9th floors of the residential building No.11 on Kosmonavtov street on January 17. All residents were evacuated. A commission was formed up to decide on the building’s status.