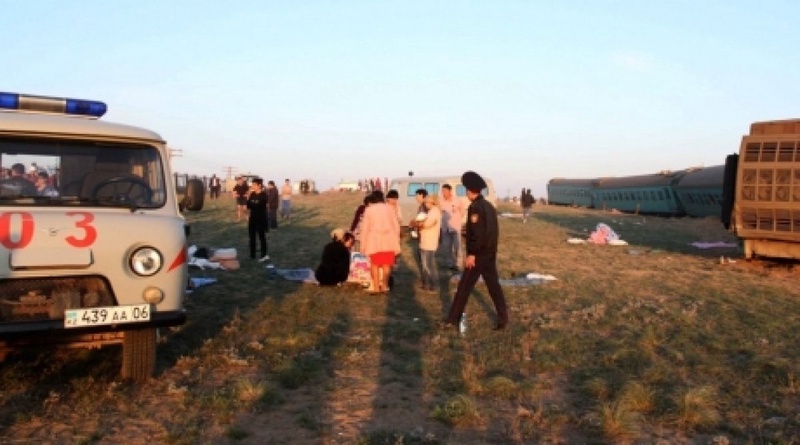 Doctors have given information on the victims of the derailed Atyrau-Almaty train that were hospitalized after the accident, Tengrinews reports citing the head surgeon of the regional hospital Haireken Kadyrov.

According to the doctor, three patients have already been discharged. Their condition was satisfactory as the patients had light brain concussions. As of today there are no serious patients, according to Dr. Kadyrov.

The accident happened last week when 12 out of 19 carriages of Atyrau-Almaty train ran off track at Sagiz-Makat section of the railway.
A total of 44 people were injured in the accident. 21 of the them had to be taken to nearby hospitals. 5 of them were injured gravely. Six of the injured were delivered to Atyrau (the nearest large city) by a medical helicopter.

The accident caused a hold-up of 10 other passenger trains and 34 cargo trains. Kazakhstan Temir Zholi (KZT), Kazakhstan's national railway operator, reported that railway traffic was restored at 6:00 a.m. on April 20.

The cause of the accident is being investigated.