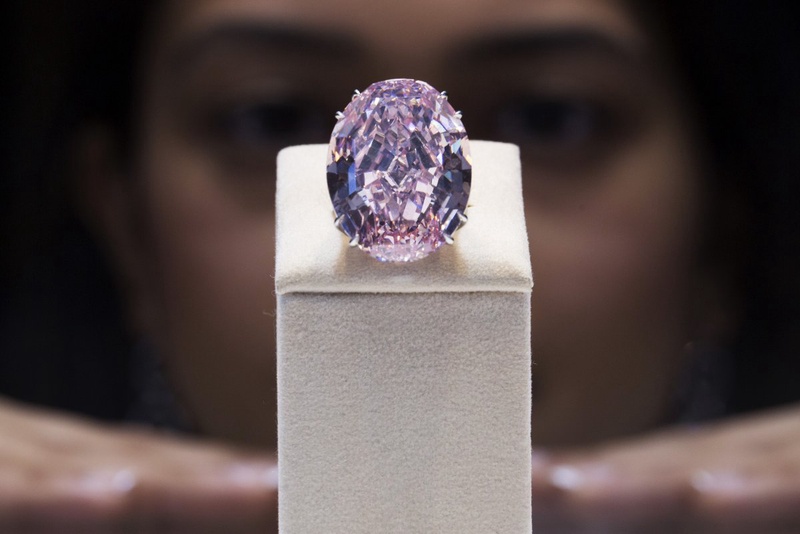 ©Reuters/Tyrone Siu
Australian police said Friday they had arrested and X-rayed a man over the theft of a pink diamond worth more than Aus$200,000 (US$180,000), with fears he had swallowed the rare jewel, AFP reports. The 29-year-old, reported by Australian media to be British tourist Matthew Osborne, was arrested as he attempted to board an international flight in Melbourne. "He is expected to appear in the Cairns Magistrates Court tomorrow charged with entering premises and stealing property," police said. "The stolen diamond is still outstanding and investigations are continuing." The pink diamond, from Rio Tinto's exclusive Argyle mine and valued at more than $200,000, was stolen Saturday from a jewellery store at Cairns, in northern Queensland. Store owner Keith Bird told police the offender plucked the diamond from his hands after asking for a closer look and fled on a mountain bike. Using his fingerprints and CCTV images, police tracked the suspect to Melbourne where he was arrested Thursday trying to board a flight for New Zealand, senior sergeant Greg Giles told reporters. The man was put through an x-ray machine to determine whether he had ingested the diamond. "The x-rays are inconclusive at this time," said Giles. "They haven't shown that the diamond has been swallowed, so we are making some follow-up inquiries. Bird said he would love to have the 4.3 millimetre gem returned, with a local buyer expressing interest. He described it as "rare as hen's teeth". "We do have a buyer for it -- a local buyer. A lot of people are buying them because they are going up in value." Rio produces more than 90 percent of the world's pink diamonds from the Argyle mine, where high quality jewels can fetch in excess of US$1 million per carat. Soaring demand has seen pink diamond prices skyrocket in the past 20 years, with especially keen buyers Japan and India. It is not known how the diamonds acquire their pink tinge but it is thought to come from a molecular structure distortion as the jewel forms in the earth's crust or ascends to the surface.