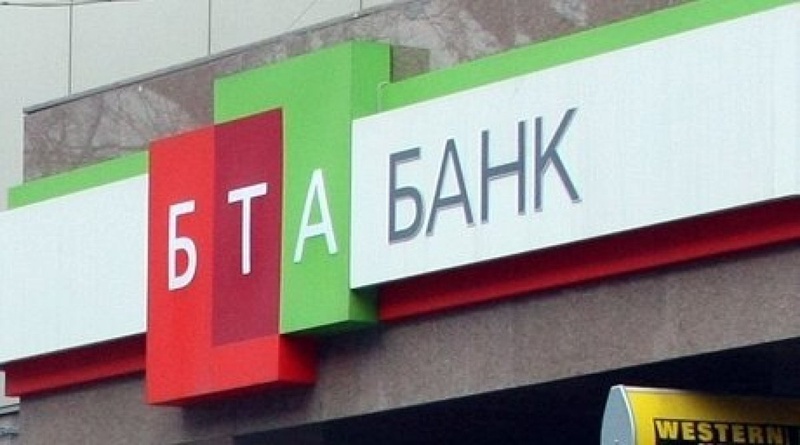 BTA Bank. Photo by Yaroslav Radlovskiy©
London's High Court has made more rulings in favor of BTA Bank in the process against Ablyazov and his accomplices,
Continuation
1.
London's High Court allows Ablyazov's property sale in Great Britain
Tengrinews.kz reports citing the Bank's press-service. These rulings completed the series of proceedings that started in November 2012. Back then the court ordered ex-chairman of BTA Bank's Board of Directors Mukhtar Ablyazov to pay $2 billion and former chairman of the Bank's Management Board Roman Solodchenko to pay around $400 million as part of the Drey case. On March 19 the judge Nigel Teare delivered a ruling in the Bank's favor on Drey, Granton and Vitino cases. In particular, the judge ordered former deputy chairman of the Bank's Management Board Zhaksylyk Zharimbetov to pay almost $1.5 billion with interest. Besides, Usarel Investments Limited, the Cyprus company that indirectly owns Vitino port on the White Sea in Russia, was obliged to transfer to BTA the shares of the companies owning and managing the port, as well as to pay a compensation to the bank in case the cost of such shares does not exceed $120 million with interest. Former head of BTA representative office in Moscow Ildar Khazhayev was ordered to pay a compensation to the bank in case the cost of the stake in Vitino port does not exceed $120 million with interest. Judge Teare added that he would sustain several claims against Ablyazov in Vitino and Granton cases in favor of BTA Bank. Supposedly, the approximate amount of such rulings will make over $1.5 billion. "The Bank is very satisfied with today's decision. Mr. Justice Teare has not only awarded very substantial sums to the Bank in full satisfaction of these claims, but has also made detailed findings as to how Mr. Ablyazov, supported by trusted associates like Mr. Zharimbetov, Mr. Khazhayev and others, routinely used the Bank's money for fraudulent transactions for his personal benefit. The Court has also demonstrated that it will unwind transactions which involved the fraudulent diversion of the Bank's monies. The Bank will continue to take steps in England, the CIS and elsewhere to recover assets taken from it by Mr. Ablyazov," Pavel Prosyankin, BTA Managing Director said. The proceedings on Drey, Granton and Vitino cases were initiated against Zharimbetov, Khazhayev and Usarel on November 7, 2012 and completed on February 13, 2013. None of the defendants on these cases, including Ablyazov, ever attended the hearings. The proceedings on Drey case were related to illegal payments worth over $400 million in 2008 and allegedly related to BTA's procurement of stakes in affiliated banks in Russia, Ukraine and Belarus. In fact, these transactions were used to transfer the bank's funds to the companies secretly owned by Ablyazov. The court defined that these payments were part of Ablyazov's fraud and Zharimbetov deliberately helped him. The judge also found in the Drey proceedings, that he considered it “much more probable than not” that compensation agreements were “dishonest and fraudulent devices orchestrated or authorized by Mr. Ablyazov to enable the Bank’s money to be extracted from it.” The proceedings on Granton claim were related to illegal payments worth over $1 billion in 2008 to the companies secretly owned by Ablyazov. These funds were allegedly used for repayment of old loans improperly issued to other companies that were also owned by Ablyazov or were under his control. The judge defined that these payments were also part of Ablyazov's fraud with Zharimbetov's help. Justice Teare said on the Granton action, he found Mukhtar Ablyazov “must have orchestrated or, at the least, authorized this fraud.” The proceedings on Vitino case, sometimes called Chrysopa case, were related to illegal pseudo-loan of $120 million issued in 2008 and used to purchase Vitino port at the White Sea in Russia. The companies controlling the port were bought by Cyprus company Usarel that was secretly owned by Ablyazov and other persons, including two Russian citizens. The false loan was issued under conditions extremely bad for the bank, including lack of any collateral. The judge found the Usarel and Khazhayev deliberately assisted Ablyazov in issuing the fraud loan. On February 16, 2012 London’s High Court sentenced Ablyazov to 22 months in prison for contempt of court. Ablyazov fled Great Britain before the ruling and lost the right for defense under claims filed by the bank. On November 2012 Mukhtar Ablyazov lost his appeals in the Court of Appeals against rulings of judge Nigel Teare of London’s High Court. On February 26, 2013 Great Britain's Supreme Court denied permission to Mukhtar Ablyazov to appeal the ruling of the Court of Appeals that rejected Ablyazov's previous appeal against the ruling of judge Nigel Teare.